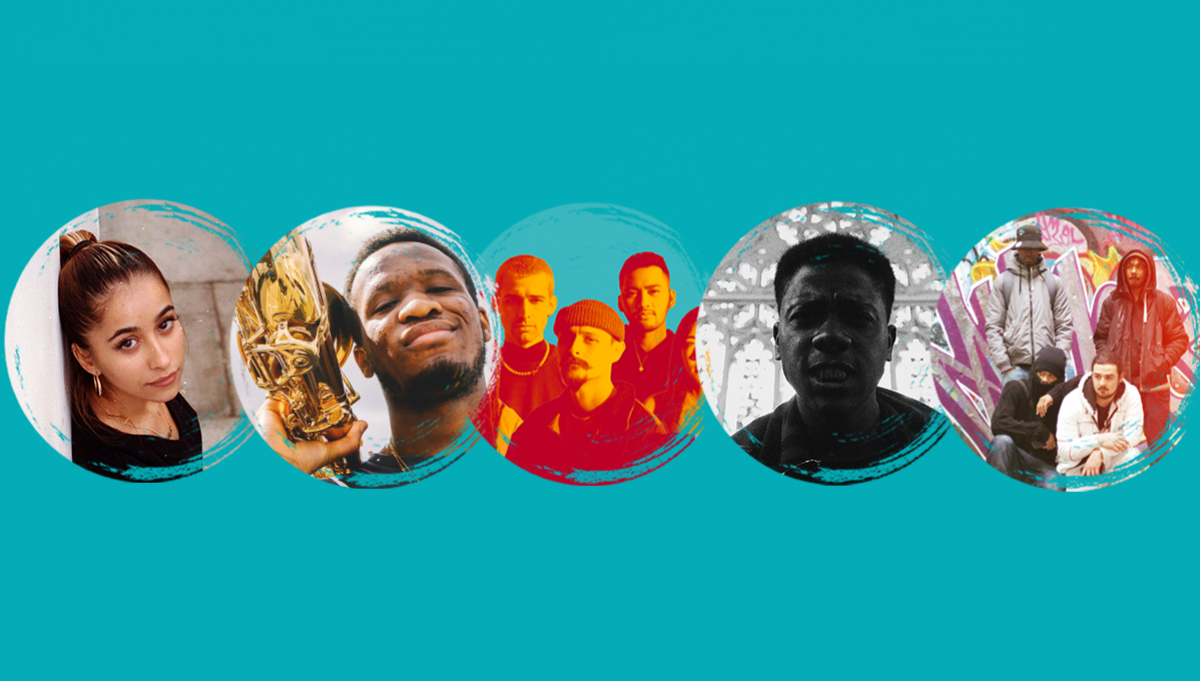 In affiliation with Roundhouse Rising Festival, Roundhouse Rising Presents is a series of music gigs showcasing hot and breaking artists. With a blitz of shows by artists of all sorts, be it post punk, krautrock or grime, we welcome new music lovers to discover the freshest emerging talents in our 200 capacity studio space.

This Rising Presents a night of rnb, jazz & hiphop from headliners Safiyyah & Solaaris, supported by State is flow, iSAAC K! and ThaMinority

Of Portuguese and Moroccan descent, 23-year-old, Safiyyah was born and raised in the heart of West London. The Songstress uses music to journey through relatable life experiences and themes of nostalgia, self-worth and relationships. Drawing from a varied palette, her inspirations stem from
Kendrick Lamar and Prince to icons such as Nina Simone and Frida Kahlo. Safiyyah’s debut EP ‘Third Eye’ created a big buzz across last year and made its way onto Jamz Supernova’s Top 5 EP list on BBC 1xtra. Safiyyah’s most recent release ‘Days Like This’ featuring KeepVibesNear & Nikhil Beats, sets a precedent for what’s to expect in the coming months. Having used her musical-experiences to refine her craft, Safiyyah now turns her attention to unfolding her own personal journey for all to share.

Birthed from the melting pot of South London’s music scene, Solaariss is a versatile artist/producer, known for playing a range of instruments – most notably the saxophone. His sound is an amalgamation of his journey in life, with inspiration stemming from genres that represent various elements in his walk – the afrobeat rhythms speak of his culture, the classical undertone reveals his orchestral upbringing, and the Jazz technicality shows his love of the bustling London jazz scene. Vocally, Solaariss is tricky to compare. He has a unique, laid back, uncut tone, described by ‘Brasstracks’ Ivan Jackson as “Mysterious”. With his distinct rhythmic and melodic flow, Solaariss uses his voice as a ‘second saxophone’. Ultimately – the best thing to expect from this guy is pure energy, because Solaariss brings it, and brings it with a whole lotta vibes.

The newly formed crew from State Is Flow consisting of independent london-based musicians; Maverick Quest, RJ Belo, Lole Vietro, Toby Corton, and Jammaz Jamz will be presenting an exclusive live showcase featuring some of their latest artists, music and releases.

iSAAC K! is a writer, performer and producer. His performance catalogue features appearances on Roundhouse Rising Music Festival, ONTRACK, Lovebox, BBC Folk Awards at Royal Albert Hall and Later with Jools Holland with Jamie Cullum and the Roundhouse Choir. In 2021, iSAAC K! featured on BBC One’s Comic Relief for Red Nose Day singing in appreciation of the NHS during covid. He cites Michael Jackson, Fela Kuti and Frank Ocean as his biggest musical influences. iSAAC K!’s debut music video “Together” released during covid lockdown showcases his unique eye for picture and with an equally unique sound to match, this artist is one to watch, closely.

ThaMinority was co-founded in the summer of 2015 by Dakari & EM x M3. After 2 years of working tirelessly in the UK scene; From Radio Sets to Shows, Cyphers to Studio DBC began a new venture ThaMinority formed in a DBC practice session by Dakari & EM in their Croydon HQ. In an era where grime was the voice of the street in music it played as the perfect springboard for the birth of the group’s musical journey. Over time the group has expanded to new members and frequent collaborations with associate acts, since then music created within ThaMinority has Evolved.