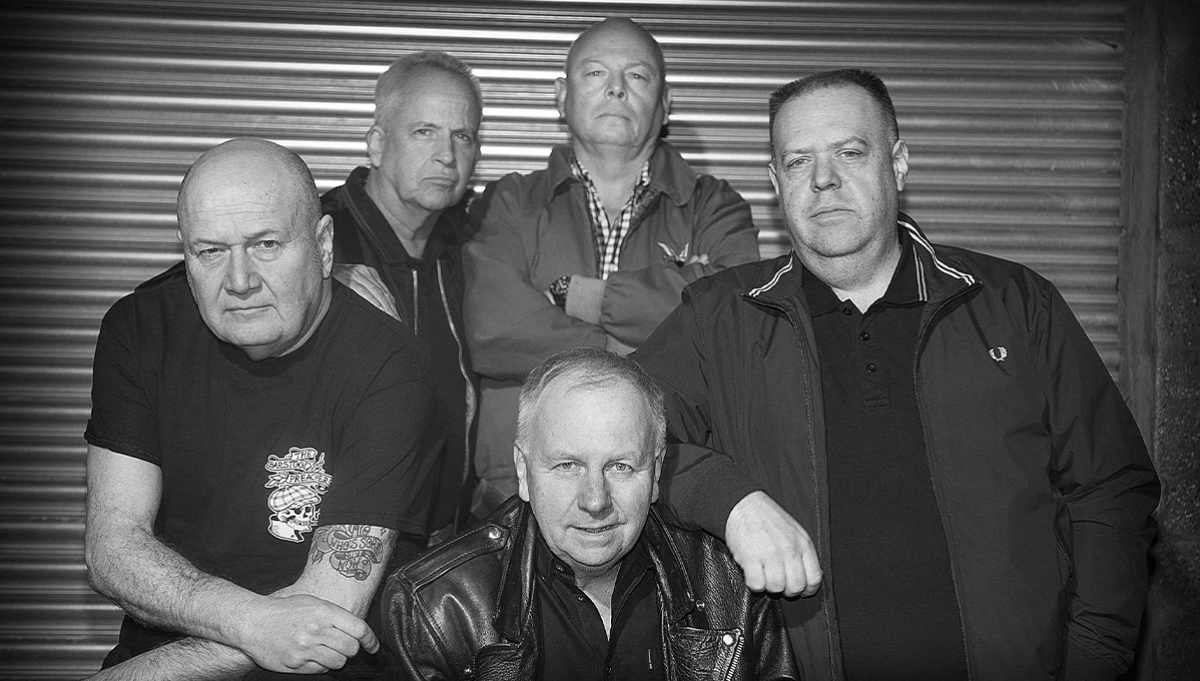 It’s Cock Sparrer’s 50th birthday bash! So, we thought we’d throw you a bit of a special party!!

Cock Sparrer are widely considered to be one of the most influential Street Punk bands in history. 2022 marks the celebration of their 50th Anniversary, and they show no signs of slowing down, as enthusiasm for the band is not only at an all time high, but they continue to draw new fans worldwide.

British music paper Sounds sums it up perfectly in a live review from April 1978:
“Musically and visually, the Cock Sparrer crew are just about as motley and uncouth as its possible for a band to project. Imagine five collectively imageless Cockneys with hair length varying from skinhead to Woody Roller, wearing clothes that looked they pool from the jumble sales, and singing about how East End life is tough but fun…(they)…create a good time sound that occasionally approximates to the original spirit of Slade.”

When the Oi! Scene started in 1980, the band found themselves on a number of compilation albums and a new breed of fans discovered them. This was punk from the streets, and Sparrer and their fans just seemed to fit in. 1983 saw the release of the band’s first official album, the seminal Shock Troops, which today is a certified classic, and regularly features in the ‘most influential punk album ever’ polls.

This won’t be a usual Sparrer gig. Not only will they be doing two sets but there will be a few surprises too! They’ve got a year to prepare the best jolly up you’ve ever had, and we want you to be part of it. Bring the family!