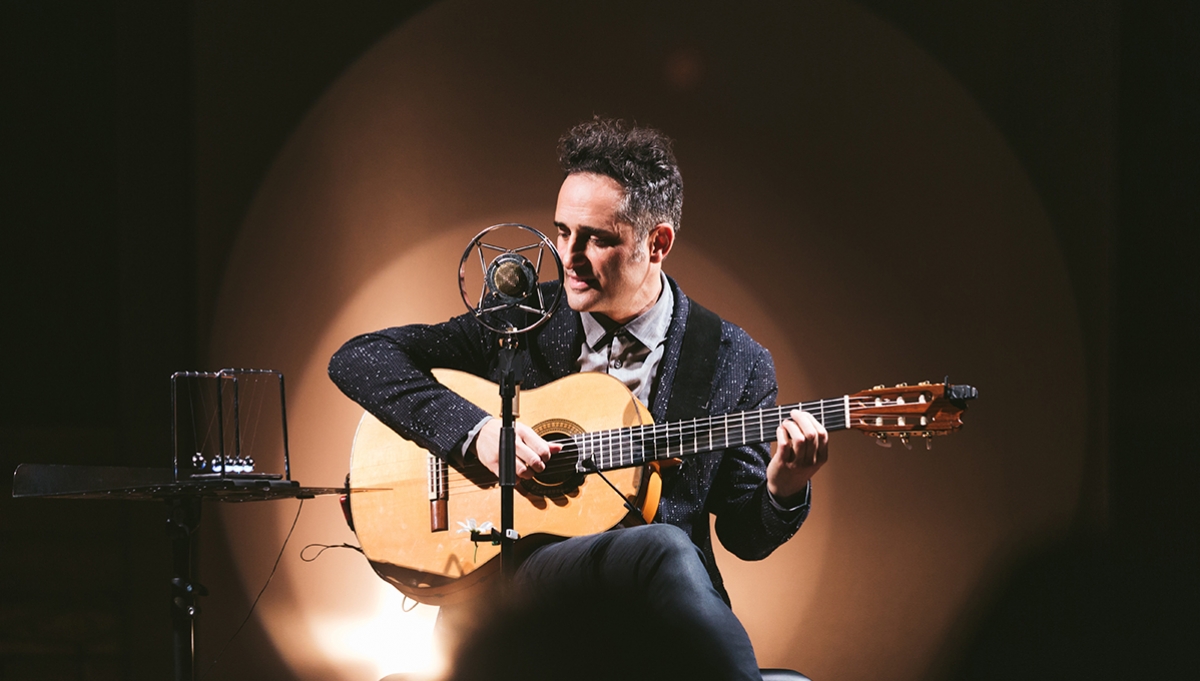 Due to high demand for this performance we have a very limited number of single seats available in in rear stalls and circle standing tickets.

In a rare London appearance, Uruguayan singer-songwriter, Jorge Drexler headlines a one-off special show as part of In the Round.

Attaining international recognition after his Academy Award win in 2005 for his closing track to Ché Guevara’s biopic The Motorcycle Diaries, the multi Latin Grammy Award-winning artist has since made waves in the Latin diaspora for his wide-ranging musical pursuits fusing pop, jazz, electronica and samba.

As well as his sound, his lyrics have won over fans as they grapple with notions of nationality and belonging, language, identity and love.