Confined with Grandma in her high-rise flat, Cleo is taught about the way the world used to be, and subsequently refuels Grandma’s youthful, rebellious spirit.

Produced by Maisie Bruno as part of Last Word Film Fund. Join us for a screening of all the short films produced on the 12th of June, alongside some of the best of the 2019 London Short Film Festival.

It’s hard to pinpoint the exact moment I came up with the idea for Sea Bear but it was around October last year after watching the documentary Before the Flood, an exploration into the impact of man-made global warming. It made me consider what the world might be like when my generation are old, and the kind of conversations we’ll be having with our grandchildren. The basic concept being that instead of the traditional questions grandchildren typically asked their grandparents about the war, not having technology, or going to a Beatles gig would be replaced with questions on animals that have gone extinct and countries which have flooded. I found this an intriguing starting point for a short film, and when I read about the Roundhouse’s Last Word Film Fund, I thought it was a great opportunity to try and get Sea Bear made. 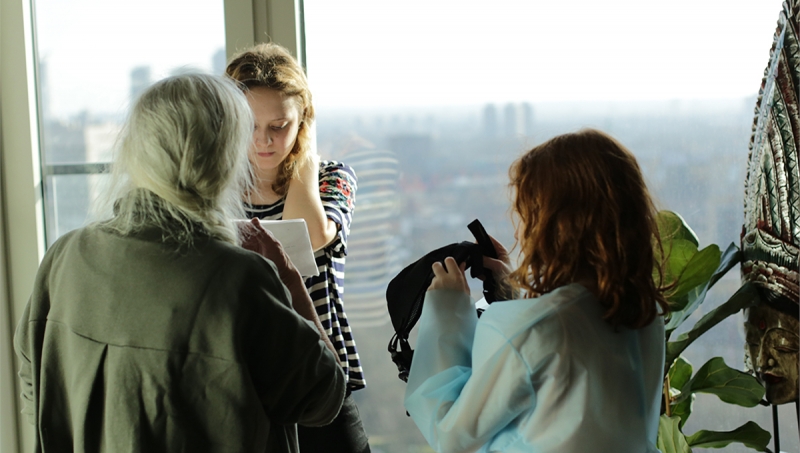 The first thing I did when I found out I had funding from the Roundhouse was sort out my crew. Having just graduated from university doing Film Production, I had several good friends who also happen to be brilliant filmmakers. Over the next couple of months, we worked hard on writing the film, storyboarding, shot listing, buying props and all the other necessities that go with preparing to shoot a film.

One great way I know I’m working with the right people is if they question my choices as a writer/director and aren’t afraid to offer alternative ideas to those I come up with. This way you can have a truly collaborative creative discourse and know that they also care about the film. It’s important that everyone in the crew feels like they can share ideas with each other even if it’s something distant tonally or stylistically to what you are aiming to make. 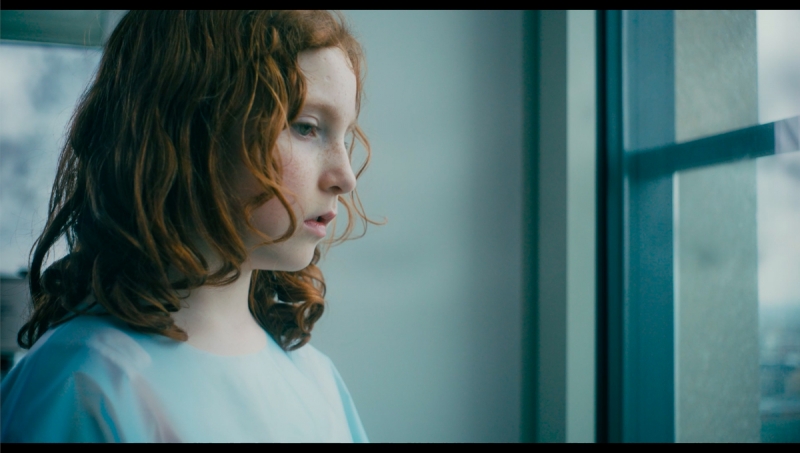 Breaking away from what you think you want to make and being open to exploring alternative options can ultimately lead you down the path to what you will make.

We had two shoot days for Sea Bear which was particularly important as our actress Joni, is only ten years old meaning she couldn’t be on set for more than nine hours. As the film is so dialogue heavy I really wanted there to be adequate time to rehearse and shoot multiple takes to allow for performance tweaks and experiments. The two shoot days meant we could take our time with each scene.

We managed to get to film in an amazing 16th floor flat overlooking London. The flat already had the décor I imagined the film to have and even small elements like lampshades and photographs around the flat perfectly suited the home of our character, Grandma. This meant the production design wasn’t too costly, only having to design costumes and the finishing touches to the set. It was a great place to film and I can’t imagine Sea Bear working in any other kind of space. The physical distance the characters have from city below them adds to the themes of isolation and loneliness and makes the “outside world” a far more formidable place where it’s only observed from the clouds, looking down into the smog filled landscape.

The editing stage of making a film is one of my favourite parts, it’s a great way to actually go back to the script you wrote months before and tweak it even further, getting rid of any lines or moments that aren’t needed. Sometimes elements in the script work better or worse than expected and some of the fun in the edit is rearranging the good moments and getting rid of the parts that didn’t work. You definitely can’t rely on this and should always aim for a tight script where you can imagine all the dialogue and action working perfectly, but there are often serendipitous moments on set which completely reshapes an idea.

I’m incredibly proud of Sea Bear, and getting the chance to work with an amazing crew, without whom the film wouldn’t be half as good was a highlight. The Roundhouse also provided invaluable feedback on script and edit drafts which helped immensely and I’m excited to show people the film, and screen at the Last Word Film Festival this summer. 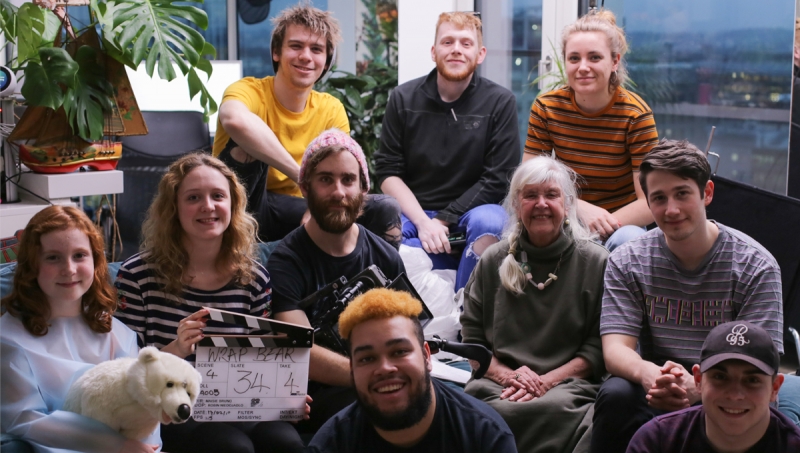 Maisie is a Writer/Director based in London who graduated from the University of Gloucestershire with a first class degree in Film Production in 2018. Enthusiastic and passionate about storytelling and creating unique and original work, Maisie aims to excite and challenge audiences. Her love of collaborating with other creative people means building new worlds with them is the most exciting aspect of filmmaking. Her main influences include David Lynch, Lynne Ramsay, Coen brothers, Francois Truffaut, Wim Wenders, David Fincher and Barry Jenkins. She currently works as a Junior Creative for DAZN, making short form sport content and in the future aims to create more short films and narrative based work while continuing to make branded content for some of the biggest brands in the world.