In 2000, the Roundhouse Trust established by Sir Torquil Norman, took on management of the building, launching a programme of creative opportunities for young people and a bid for National Lottery funding to help establish an international performing arts venue and creative centre for young people.

In 2004 the Roundhouse closed for a £30m redevelopment. Architects John McAslan & Partners were asked to bring the performance space back to life, equip it with advanced technology and restore the original features. 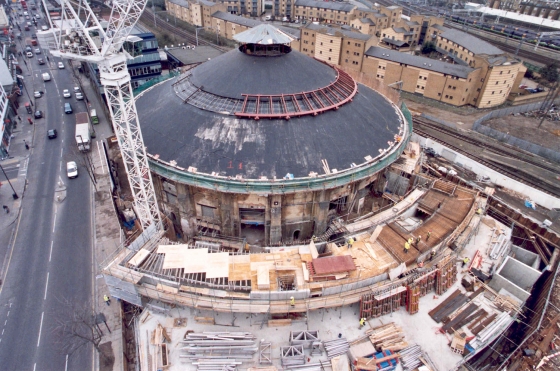 Care was taken to create a harmonious relationship between the old and new and, as part of the restoration, the circular glazed roof-lights were re-instated, allowing the public to see interior daylight for the first time in over 100 years.

Most importantly the undercroft beneath the Main Space were redeveloped to house a state-of-the-art creative centre for 11-25 year-olds to develop skills in performing arts, music and media. 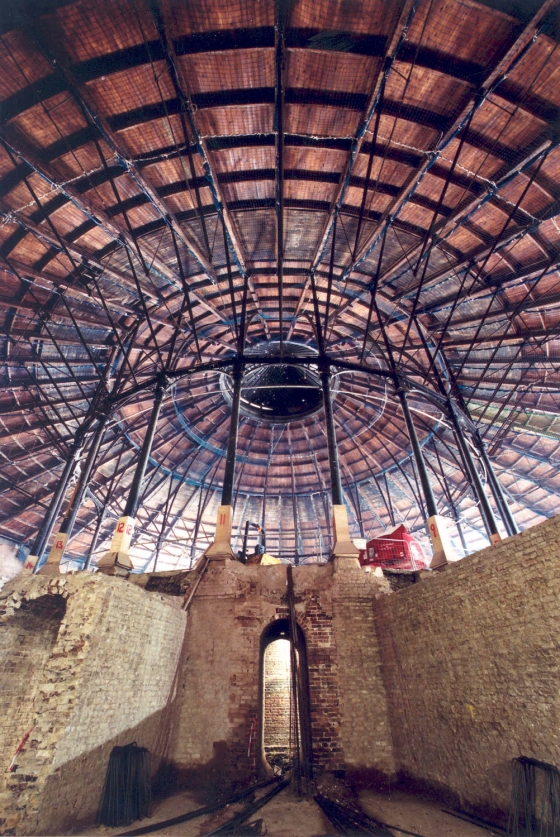 The new wing, built alongside the main building, houses the box office, Made Bar & Kitchen and offices, and even has a statue by Antony Gormley on the roof.

The Roundhouse reopened in June 2006 with an explosive new show, Fuerzabruta . It was the culmination of more than a decade’s hard work led by philanthropist Sir Torquil Norman.

Since then more than 16,000 young people have benefited from creative opportunities in the renamed Paul Hamlyn Roundhouse Studios supported by income from our supporters and ticket revenue from our artistic programme.

Since reopening we’ve hosted iconic events such as the BBC Electric Proms and the iTunes Festival, live music from artists such as Jay-Z and Gorillaz, commissioned major site-specific visual arts installations by artists David Byrne, Ron Arad and Conrad Shawcross and established the Roundhouse as the home of contemporary circus in London. 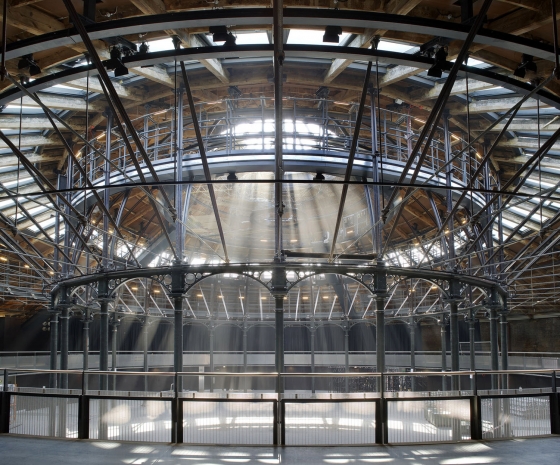 Our on-site Roundhouse Radio launched in 2008, a community radio station developing the careers of young radio presenters, producer and DJs. And the work continues with a year round programme of live music, circus and cabaret, theatre, spoken word so find out what’s on or discover more about how you can support our work.