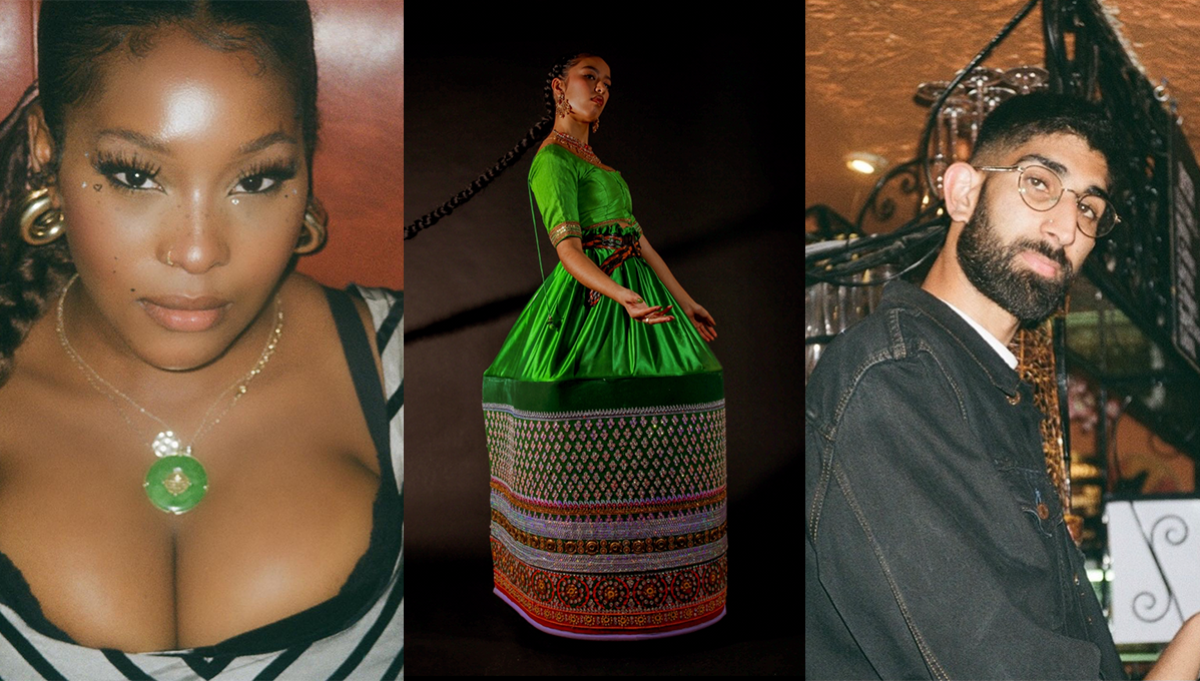 The culture-clashing force that is, Nayana IZ headlines a night of fresh, exuberant talent along with velvet soul vocalist, Natanya and East London producer Nikhil Beats.

Born in London, made in India, Nayana IZ is a culture-clashing force to be reckoned with. Growing up in North London, her musical education was a melting pot of everything – from jazz, pop and indie through to hip-hop and soul. As soon as she could start creating her own music, Nayana knew she wanted to mix the spirit of Indian language and dance (she is currently learning Hindi as well as classical Indian dance) in with all of the different music she had been raised on; to empower young girls (particularly from her native land) to find their own authentic voice, and to express themselves.

Natanya combines smooth Neo-Soul and Jazz influenced vocals with experimental production. Raised in North-West London, she discovered her love for music through her father’s Motown records and developed this love over time. Her strong voice, often likened to artists such as Billie Holiday, Erykah Badu, Lauryn Hill and Amy Winehouse, was meshed with her Jazz piano skills when she began to produce and release tracks on Soundcloud at the age of 15. She released Sunset Melody, her first single, in 2019. Now, after her recent single, Like U she seeks to develop her sound with an undoubtedly exciting musical future to come alongside new music on the way very soon.

Nikhil Beats is an up-and-coming artist/producer hailing from East London who is championing a unique British-Asian sound. Having previously produced two of a five-track Third Eye EP by singer-songwriter, Safiyyah and one track on West London’s finest, Finn Foxell’s Talk is Cheap EP, the producer seamlessly fuses R&B and hip-hop whilst even merging a masterful drum-and-bass outro on Notting Dale. Both EP’s have gone on to earn a spot on BBC Radio 1Xtra DJ Jamz Supanova’s Top 5 EP’s. Nikhil Beats is just getting started… At the beginning of 2021, Nikhil dropped his highly acclaimed first solo EP, 3000 Realms which went on to earn the number one spot in Jamz’s Top 5 EP list.

More about Daytimers
Daytimers is a community for creatives to share ideas and collaborate, celebrating our universal heritage on the landscape of the western dance floor. Divulging from underground dance scenes and South Asian culture.