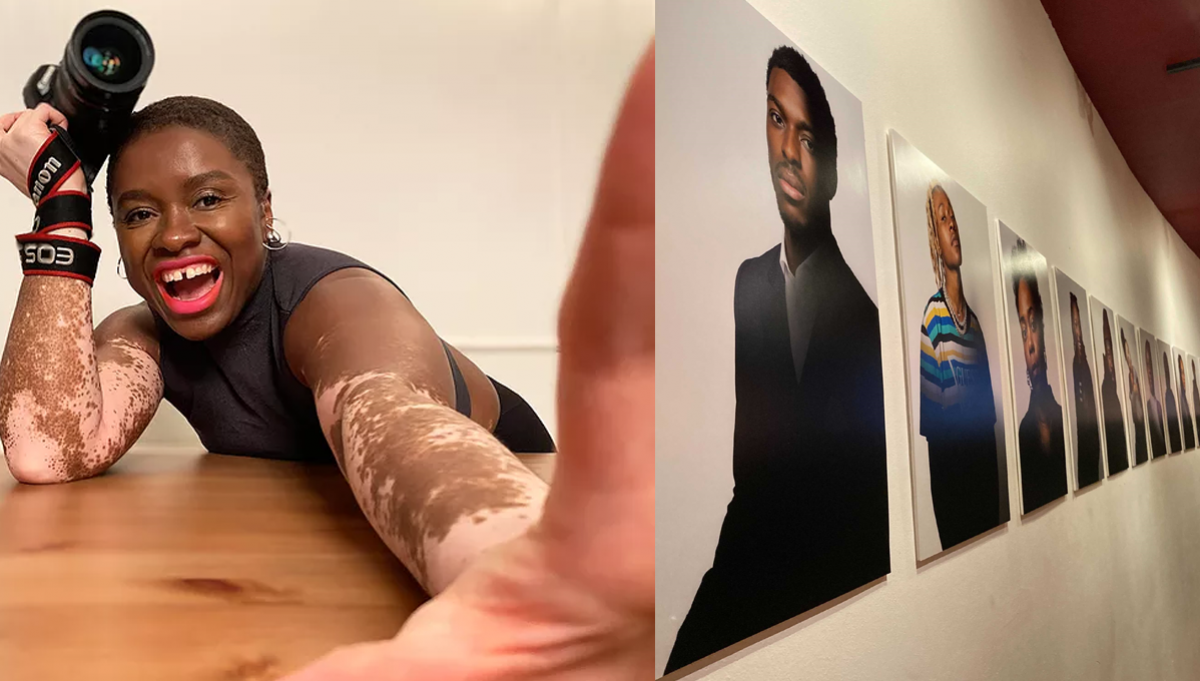 We are so happy to announce that “Excellence Redefined”, the new exhibition by Violeta Sofia on black excellence and identity, is being presented at the Roundhouse.

As part of the Camden Together season, and in collaboration with Camden Black Creatives, celebrity photographer Violeta Sofia invited individuals of black descent to have their portrait taken with the aim of curating an exhibition that showcases the views on being ‘black and excellent’ and the challenges black people face today regarding their identity.

The ideas of always being ‘strong and black’, a ‘queen/king’ or ‘black excellence’ often involves the achievement of surpassing ordinary standards while displaying dignity and strength. “Black excellence” creates pressure on black individuals and it particularly affects the authenticity of the black youth as they struggle to form their own identity. They are robbed of the chance to transition into adulthood, stripped of softness or delicacy and expected to perform like super-humans while being treated as subhuman.

Excellence Redefined challenges the stereotype of being “Black Excellence” and especially encourages young people to express their authentic self and love who they are. Come and see this incredible exhibition at the Roundhouse Bar and Cafe for the month of October.

Cameroonian born, London-based Violeta Sofia, is a visual artist and photographer, best known for her celebrity photography and political paintings. Violeta’s work brings together aspects of Pop art with a combination of poignant messages and imagery. Violeta creates controversial art that discuses social issues, which might leave some feeling rightfully uncomfortable, “I am creating inclusive warning signs in the attempt to sensitise and unite humanity.” Violeta’s work has been published in Vogue, Elle Italia, Deadline Hollywood and even some acquired by the National Portrait Gallery. You can find out more about Violeta Sofia through her website or social media channels at @violetasofia.

This exhibition is free and available to view at Roundhouse Bar and Cafe.