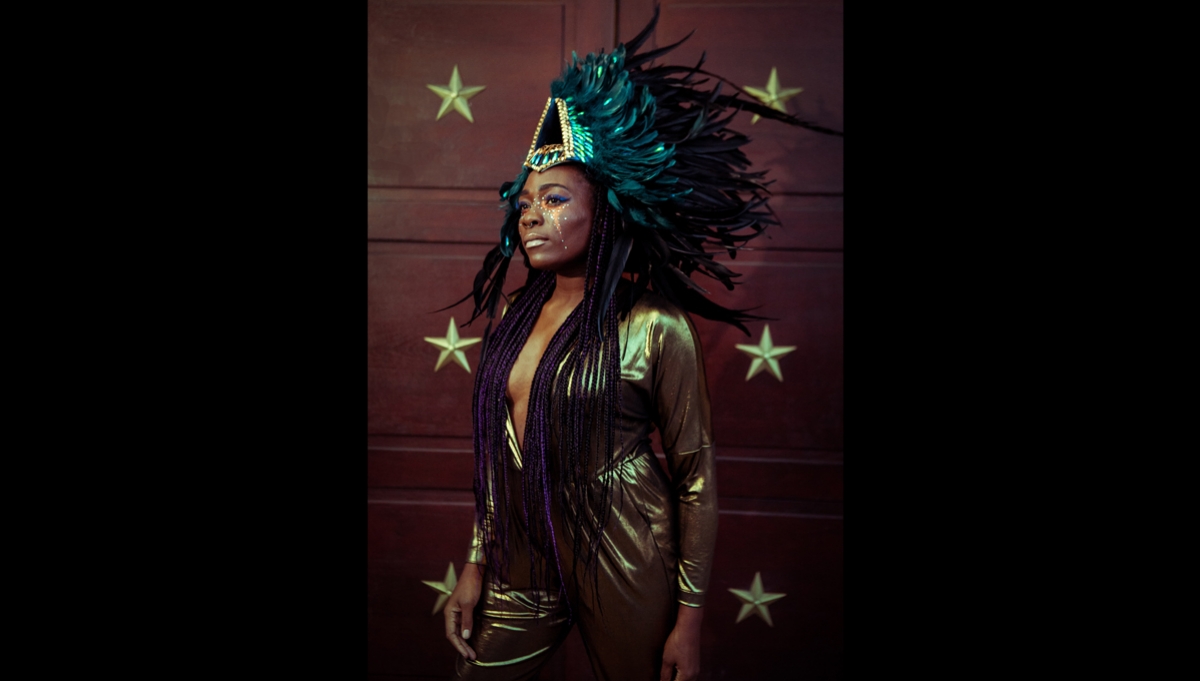 Rachael Young and her badass band of superhumans embrace Afrofuturism and the cult of Grace Jones in NIGHTCLUBBING; an explosive performance bringing visceral live music and intergalactic visions to start a revolution.

1981: Grace Jones releases her landmark album Nightclubbing; her body is brown and soft.

2015: Three women are refused entry into a London nightclub; their bodies are brown and soft.

WE are those women, we zoom through galaxies and solar systems, travelling through time, preparing for our moment to land…IT’S NOW!

Like Jones, Young makes herself alien, but she ends by changing the planet: a new world and a background that better suits blackness.

Fiercely political tribute to Grace Jones and clubbing in an age of Afrofuturism….Nightclubbing is a show of grit and glitter: an uncompromising original tornado.

Booking fees £2.50 per order for delivery

Age suitability: 14+
Under 16s to be accompanied by an adult