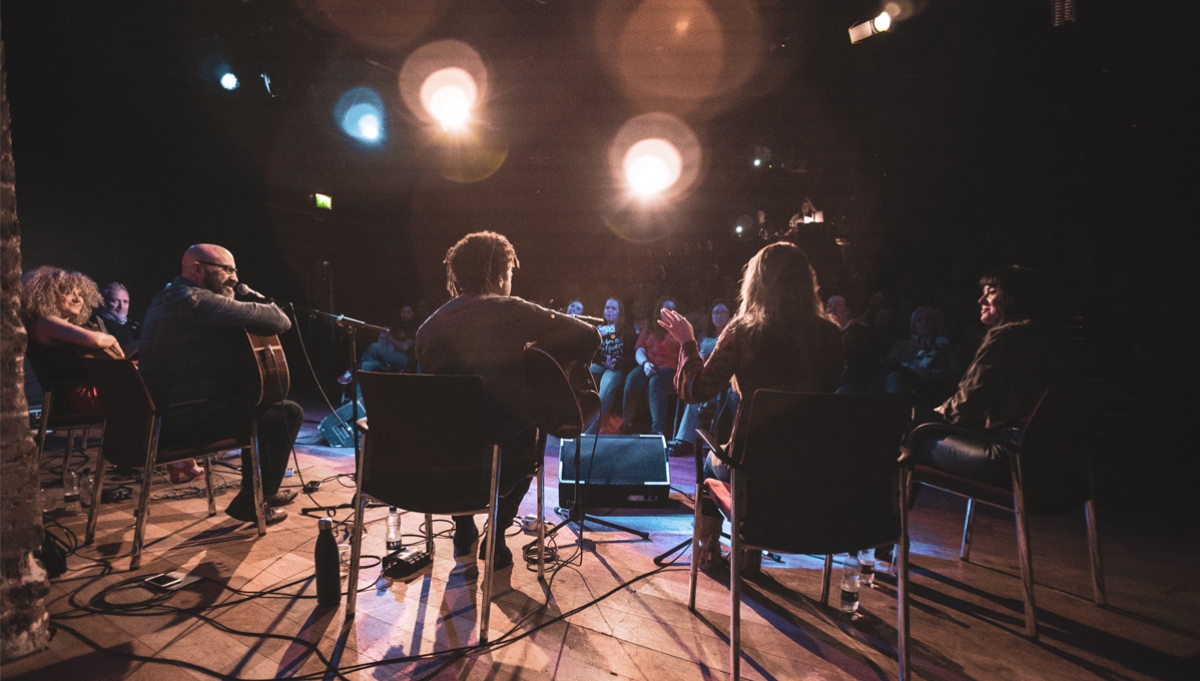 Hear the writers behind the likes of Demi Lovato, Selena Gomez, Sheryl Crow and Macy Gray perform in their own voice, in a relaxed, acoustic showcase.

Co-hosted by Jeff Cohen and Riva Taylor, the evening will see Jeff Trott and Lady V, plus more writers yet to be announced, come together on stage where they will perform and exchange songs and stories.

Riva Taylor is an English singer, songwriter. At age 12, she was the youngest artist ever to sign with EMI Records and has appeared with artists as diverse as Jose Carreras, Usher and Katie Melua. This past year has seen Riva perform at British Summertime Festival alongside Barbra Streisand, as well as releasing material from her forthcoming album, where her debut track My Mouth was played by Sir Elton John on his Beats1 show and added to his personal Spotify playlist.

Jeff Trott is an American songwriter/producer and multi-instrumentalist who has collaborated with prominent artists across genres in the United States and abroad. Trott has been named BMI Songwriter of the Year.

Lady V is a Grammy award-winning songwriter and singer. She first broke onto the scene with a Grammy and ASCAP Award for the Dirty Vegas hit ‘Days Go By,’ which hit No.1 on Billboard’s Dance chart for 16 non-consecutive weeks. Since then, she has penned dance chart hits for the likes of Demi Lovato, Selena Gomez and Tiësto.

Navina is singer-songwriter, producer and multi-instrumentalist who is on the Roundhouse 2020 Resident Artist Programme. Her debut release, ’27 Hearts’ was track of the Month on BBC Radio London, and was pick of the uploader on BBC Introducing, Spotlight Artist BBC Asian Network, Track of the Week and was playlisted on AppleMusic Best of the Week and Songs of Summer.

Under 16’s to be accompanied; Under 14’s accompanied and in seated areas only.