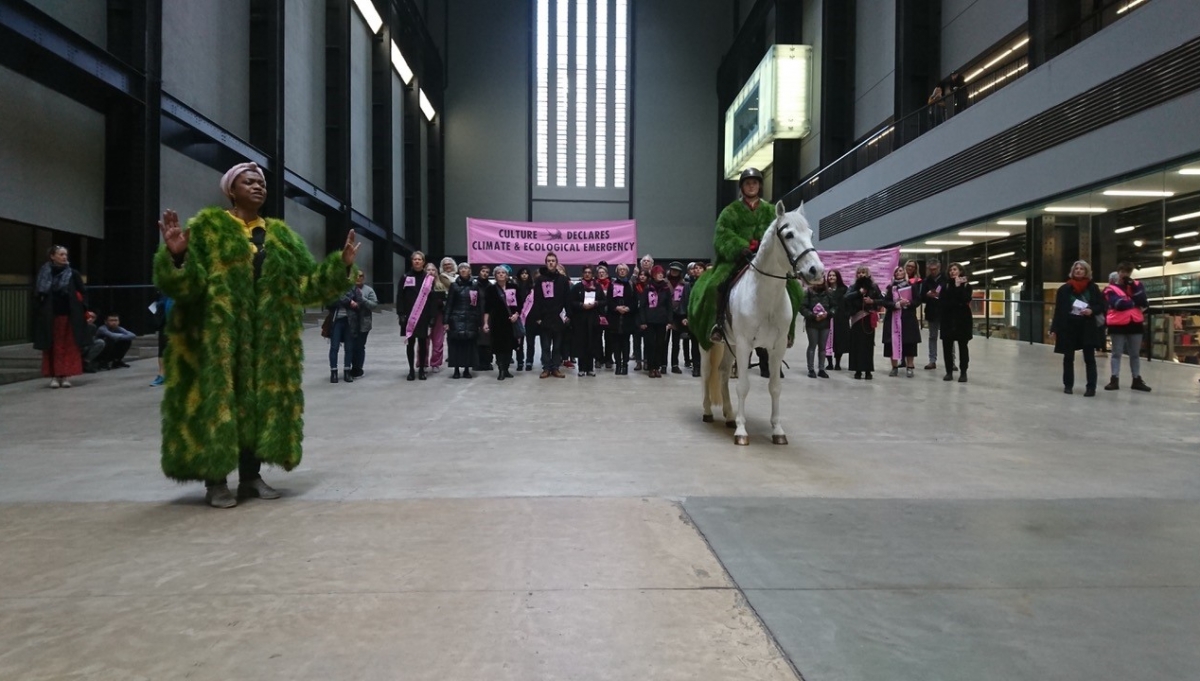 Culture Declares Emergency is a growing community of creative practitioners and organisations concerned about the dire state of our living planet.

Since launching in April, over 400 individuals and organisations have ‘declared’ emergency as part of a movement demanding systemic change to support life on Earth.

To follow up, Culture Declares Emergency is convening a big creative conversation, as part of London Climate Action Week, to explore the potential of Arts and Culture in a Planetary Emergency.

Whether you’ve declared or want to explore what it might mean to declare and the action that could follow, take part in this energising assembly at the Roundhouse to reimagine our relationships to one another and the world. What is Culture’s role in these times?

Culture Declares Emergency is a voluntary movement and the ticket income will go to cover the actual costs of the event. This event is being facilitated in partnership with Complicité.

One ticket required per individual attending

This event is general admission.
Latecomers will be admitted throughout.


Lunch is not provided. Tea/coffee will be available to purchase and do bring a sustaining snack.

This will be an active event, moving around the space. BSL interpretation will be available and the space is wheelchair accessible. Please let us know about any access needs when you book.

Young people are welcome at the event. If you work with young people and want to bring a group to the event, please get in touch at culturedeclares@gmail.com