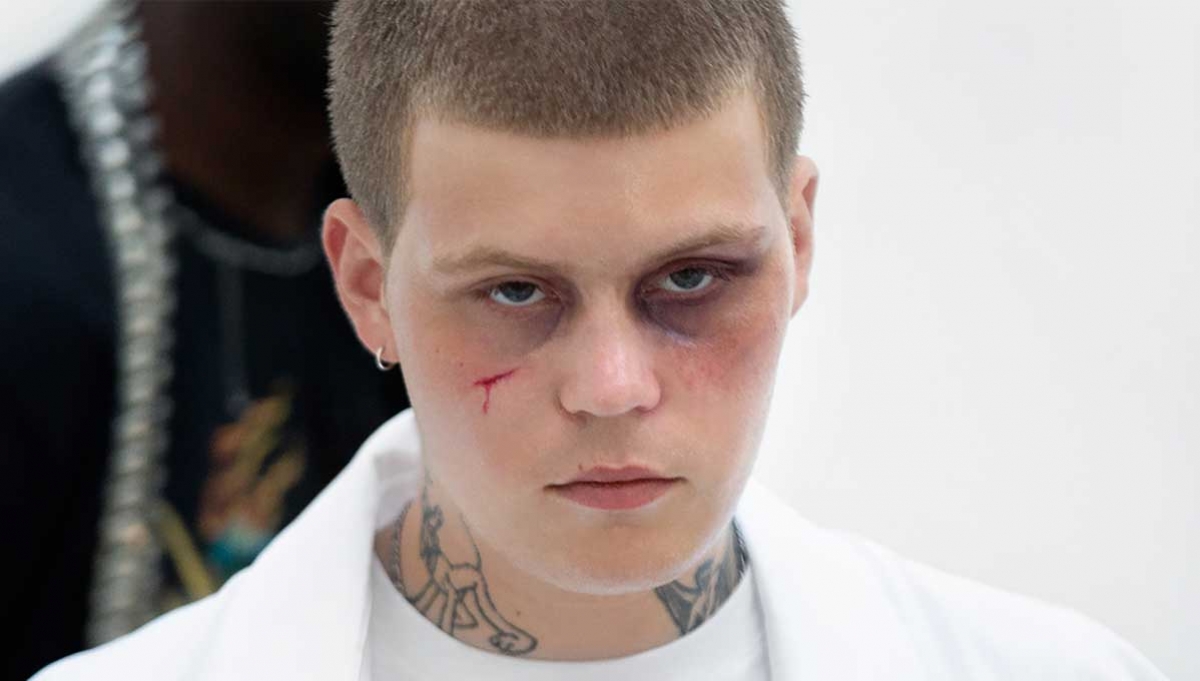 Since his viral track Ginseng Strip 2002 saw the light of day, Yung Lean set off on a seemingly genre-less and open minded dispatch into the past, present and future of pop culture, an alternate reality where early internet aesthetics, late 90´s southern rap and a punk mindset all fused perfectly together and launched his own record label.

Still merely 21 years of age, the past year was huge for Yung Lean; besides kicking off with the independently released, eclectic album Warlord and embarking on a sold out world tour, it also saw him featured on Frank Ocean’s Blonde, star in Calvin Klein’s #mycalvins campaign, launch his own Sadboys Gear brand, co-design a sneaker for Eytys and drop a full length punk album together with GUD as Död Mark – to name a few highlights.

Later this year, Yung Lean will write the next chapter of the story by releasing his 5th studio album project, followed by an extensive world tour.

This show will contain strobe lighting.