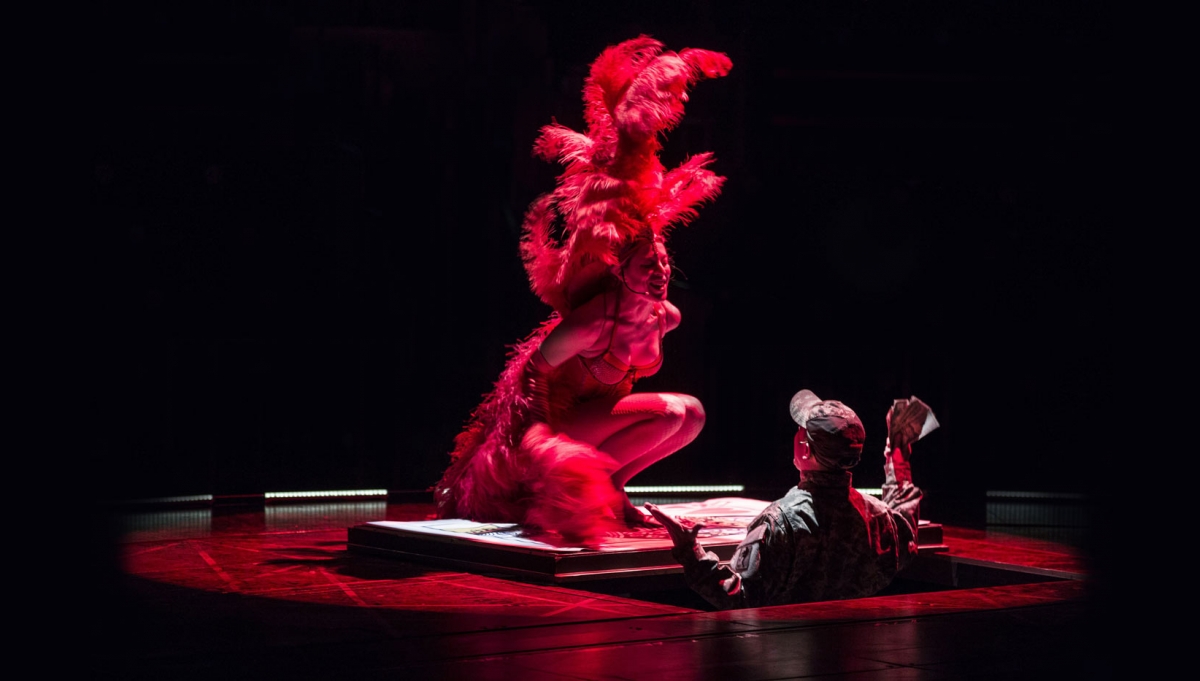 The Roundhouse enjoys a rich legacy of groundbreaking theatre stretching back to the 1960s.

Our space has played host to unforgettable productions from some of the most influential theatre directors of all time. Peter Brook’s experiments with Themes on the Tempest in 1968 became the bedrock for the International Centre for Theatre Research, which went on to become the generator of the majority of his work. Meanwhile, Judith Malina and Julian Beck’s The Living Theatre – one of the world’s most radical experimental theatre groups in the 1960s – staged some of their most controversial and well-remembered shows right here. The likes of Trevor Nunn, Kenneth Tynan, Stephen Berkoff and many more have directed landmark works in our space.

The Roundhouse continues to provide a home for innovative, boundary-busting theatre in the twenty-first century.

Call it physical theatre, call it circus, call it what you like… Fuerzabruta, the show that premiered in the UK and reopened the Roundhouse in 2006, became an inspiration for an entire generation of theatre-makers and has been seen by hundreds of thousands.

At the other end of the spectrum, a long tradition of Shakespeare at the Roundhouse has continued at the revitalized Roundhouse in the form of a partnership with the RSC. Three acclaimed seasons of work have been presented within the “Roundyard” – a beautifully-built replica of the RSC’s Courtyard Theatre in Stratford, all constructed within our Main Space.

In 2012, the Roundhouse joined forces with the 360-degree network of round venues across Europe to commission a major new work by world-renowned theatre-maker Robert Lepage.

Presented for the first time in the UK in early 2013, Playing Cards 1: SPADES was the first in a planned series of four plays, each shaped around one suit in a deck of cards. The first part, SPADES, explored the theme of war and was set in the desert city of Las Vegas at the onset of the US invasion of Iraq in 2003.

True to this outstanding director’s rich artistic legacy, the show was created especially for presentation in the round and made brilliant use of this incredible director’s legendary theatrical wizardry.

It’s not just about spectacular theatrical experiences in our Main Space. In 2012, we presented The Dark Side of Love, co-produced with LIFT in association with the Royal Shakespeare Company, staged in the intimate Dorfman Hub deep beneath the Roundhouse.

Featuring scenes from Hamlet, Othello and Romeo and Juliet and performed in promenade by a cast of London and Brazilian teenagers, The Dark Side of Love was an intense and atmospheric experience where love represented not an ascent into heavenly bliss, but a descent into hellish despair.

The young performers are astonishing: volatile but never out of control, searingly passionate and yet always forensic.