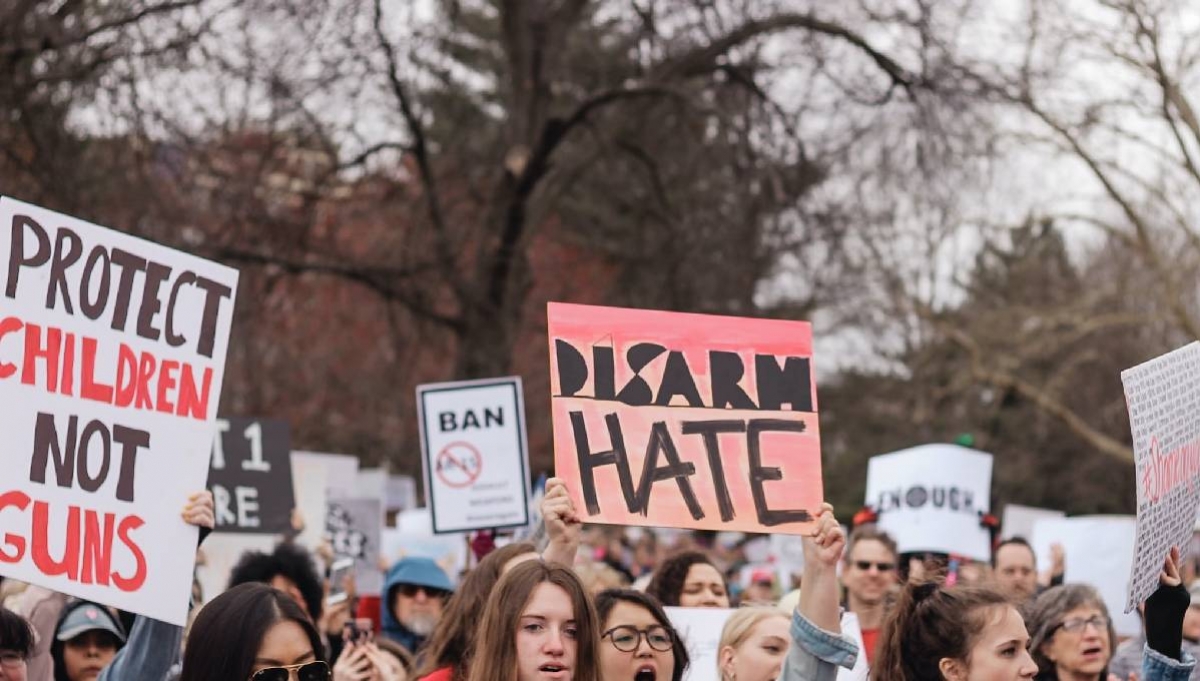 We’ve created a list of words that you might hear when learning about activism. Some of these terms can have complex meanings and can mean different things in different situations, to different people, but we’ve added simple explanations to help you start your journey into learning about activism.
This is only a short list to get you started. You can download a printable version of this document here, and begin adding your own words as you learn more.

When people are treated poorly, excluded, and/or denied goods, services, and resources because they have disabilities

When people are *discriminated against because of their age

Being an ally means to be an active supporter of a group of people (that you don’t belong to yourself) who are experiencing *inequality. Being an active supporter means learning about their history and *cause, stepping aside and giving space for their voice to be heard or speaking out when you notice prejudiced opinions or behaviour against that group

A message written on a long strip of material

A particular goal, such as a big political issue, that someone is committed to and prepared to defend

A repeated rhythmic phrase, typically one shouted or sung in unison by a crowd

A form of government in which the people choose who governs them by voting in an *election. Democracy requires freedom of speech, inclusiveness and equality

Action taken by a large group or collection of groups of people for a political or other type of *cause; it often involves walking in a mass *march and either begins or ends by gathering to *rally or to hear speakers

The unequal or unfair treatment of a person based upon some personal characteristic – such as gender, race or disability

Having a range of people with various racial, ethnic, wealth, and cultural backgrounds and various lifestyles, experience, and interests together in the same place

We hold a General Election in Britain to decide, by voting, which *MP will represent our local area. The person with the most votes wins a seat in the House of Commons, and the political party that wins the most seats, usually becomes the new government.

Concern about and action aimed at protecting the environment

Movements toward full social, political, economic equality of all human beings no matter what their gender is. There are many different types of Feminism.

This word covers a range of negative attitudes and feelings toward homosexuality or people who are identified or perceived as being lesbian, gay or bisexual

Social inequality is when different groups of people in society are not given equal chances in life – they do not get the same opportunities, punishments and rewards just because of who they happen to be (their class, race, gender or if they are differently abled for example)

MP or Member of Parliament

Every place in the UK has a MP that works for the people who live in that area. They work for you and even if you’re too young to vote you can still email, or write to them

A way of *protesting or *demonstrating by not obeying the law but without being violent – for example, blocking a road and stopping traffic; or going on a particular *march that has been banned by government

A message written on a rectangular piece of cardboard and attached to a stick. Learn how to make your own placard here.

Advantages and power awarded to specific groups of people over others

When a group of people are treated unfairly because of their race – the word ‘‘race’‘ is used to describe people based on their physical appearance, often using the colour of their skin to identify them

When people are *discriminated against because of their sex

When a group of employees refuse to work as a form of *protest, typically in an attempt to make changes to their working conditions

Take to the streets

The fear, hatred, disbelief, or mistrust of people who are transgender, thought to be transgender, or whose gender expression doesn’t conform to traditional gender roles

Info for parents and teachers

These activities and resources are aimed at young people aged 11-17 years-old.

If you’re looking for a PDF version of this art activism pack, download a printable PDF version here.