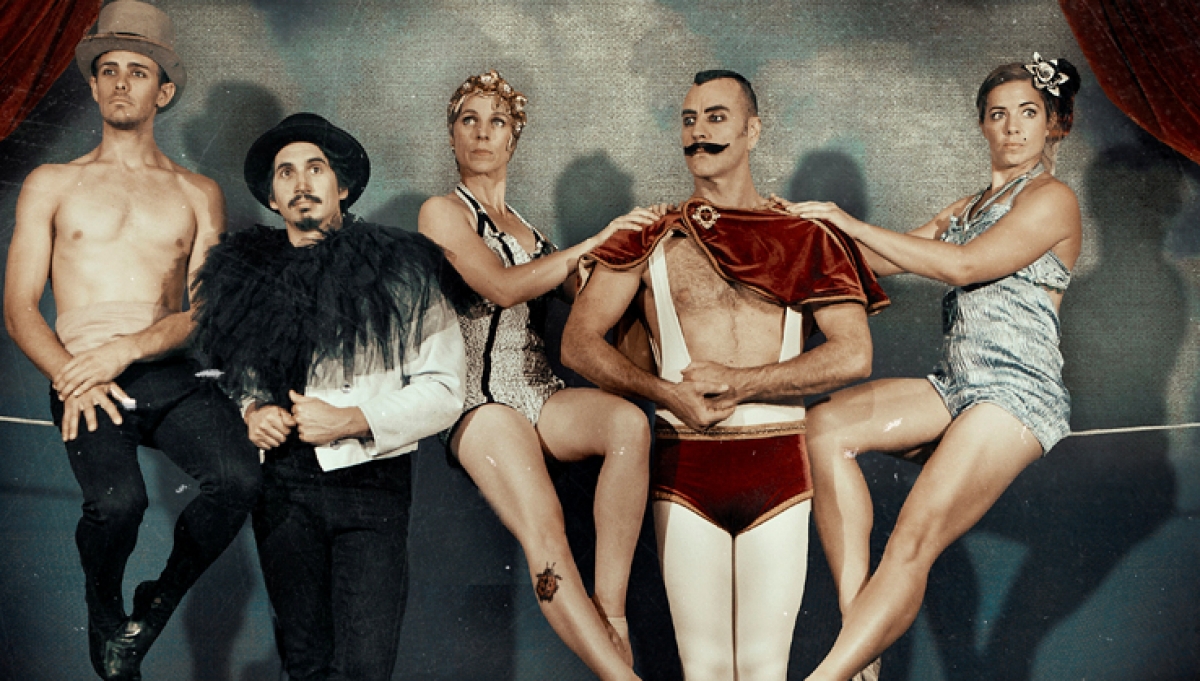 ★★★★★ Performance defies gravity – not to mention physics and anatomy

Leave the real world at the door with this captivating and stylish new production from the team behind the international smash-hit Cantina.

Recent building works on the foundations of the Roundhouse unearthed a small, ornate black box. In the box was a book, the yellowed pages of which carried words written in an unknown language.

We asked Company 2 to translate, and the result is a show of wonder, of gasps and subtle grandeur; She Would Walk The Sky is an epic poem told in grand circus, raw sound and sparse, beautiful words.

Featuring an awe-inspiring cast of world-class acrobats and aerialists from international hit shows including Circa, La Clique, Acrobat and Circus Oz, the show is directed by Chelsea McGuffin (Cantina, Circa) who is joined by award-winning Australian playwright Finegan Kruckemeyer.

The perfect treat for Easter, suitable for all the family. Minimum age guidance 8+.

Latecomers will be admitted at a suitable break.