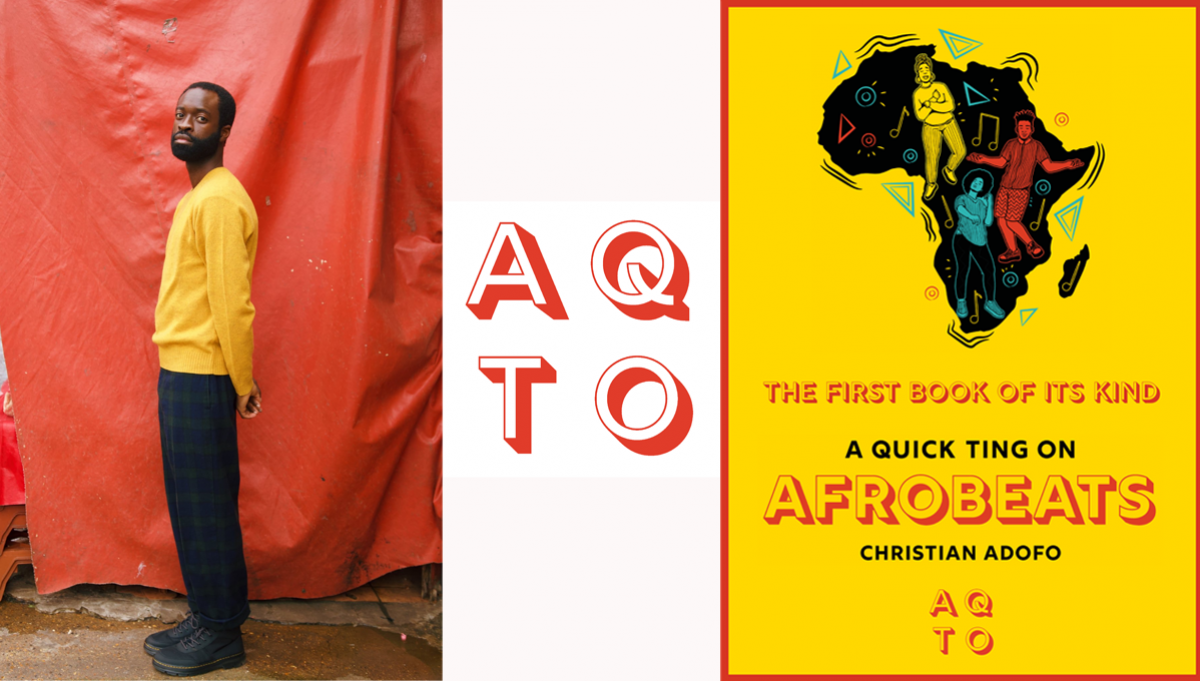 Continuing to delve into the history and evolution of Black British culture, A Quick Ting On launches the latest title in the groundbreaking non-fiction series – A Quick Ting On Afrobeats.

Dedicated to celebrating and chronicling Black British Culture and history, A Quick Ting On (AQTO) is the first book series of its kind. Created and produced by writer and award-winning publisher Magdalene Abraha, the non-fiction series covers topics from music, art, fashion, food and so much more.

Each title has been written by an influential Black British voice and debut author. For this event, the Roundhouse welcomes Christian Adofo, author of A Quick Ting On Afrobeats, the first book of its kind, which chronicles the social and cultural development of the eponymous music genre — tracing its rich history from the African continent all the way to the musical centre of the Western world.

Join Victoria Nzeribe (Love of Culture) in conversation with Christian Adofo for a music filled, explorative conversation at the Roundhouse, rounding off with music from Selassie.

Christian Adofo is an established writer, cultural curator and forthcoming author. His passion for writing looks at the intersect of heritage and identity in Music and Culture across the cultural landscape.

With several appearances as a guest speaker and host on BBC Radio, Worldwide FM and NTS Radio discussing black identity and its impact on culture in the UK and abroad since 2010, Christian is an experienced critic on the nuances of the black experience and how it manifests creatively.

About the creator of A Quick Ting On

Magdalene Abraha started out as a journalist, becoming one of the Independent’s youngest columnists, before finding her place in publishing. With an aim to archive and tell the stories of Black people in Britain as authentically as possible, she launched the new series A Quick Ting On (AQTO). Created, developed and commissioned by Abraha, A Quick Ting On not only provides a space that can celebrate, pay homage and explore culture, but can also champion works from some of the UK’s most exciting young black intellectuals and influencers.

Tickets are only available through Eventbrite here.