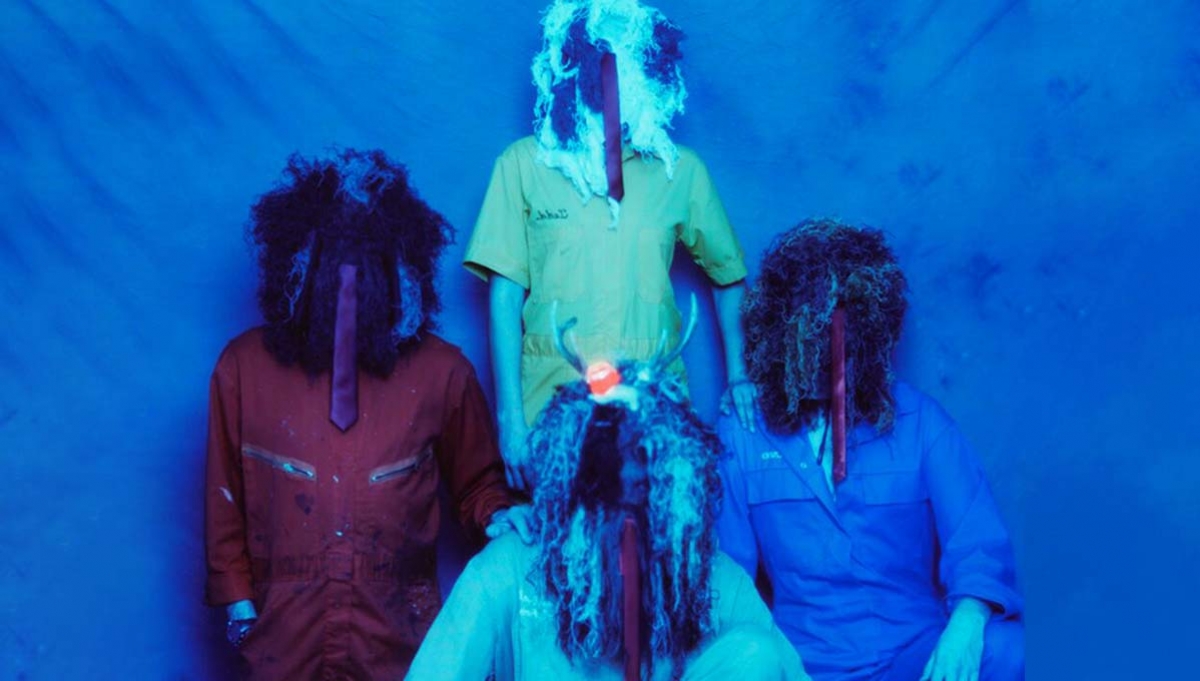 London based post-punk band Snapped Ankles bring their live show to the Roundhouse for Halloween 2021.

It follows two sold out ‘Vorticity of Sound’ shows at Village Underground in 2019, which saw the woodwose conduct a swirling, live, audiovisual, surround sound, high-wire act with a crack team of Satellite Ankles.

Formed in East London in 2011, the band became known for their DIY nights, performing in “shamanistic costumes” with elements of performance art, live improvisations and art-rock.

Their latest London show will be a chance to experience the band play their biggest live show yet, as they transform our iconic main space into a haunted forest of sound and light.

Snapped Ankles will be joined by Stealing Sheep & Mermaid Chunky.