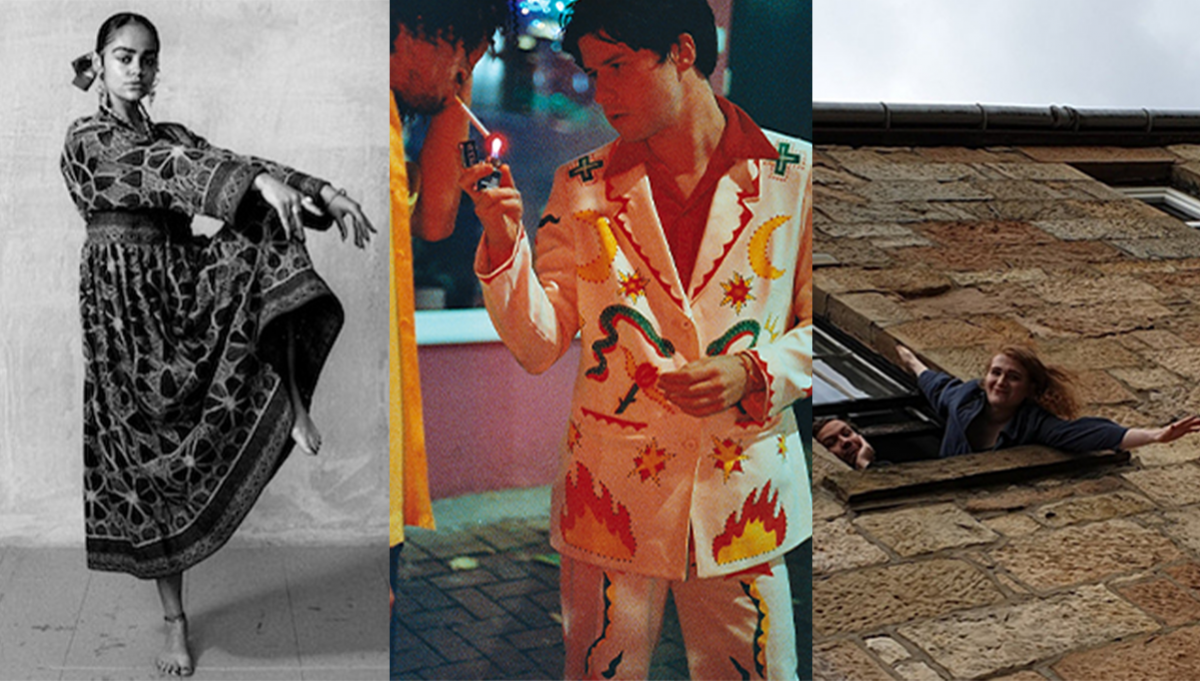 Route partner up with Roundhouse Rising to showcase an eclectic night of performances, bringing together the raspy baritone of South London crooner Jerkcurb and thundering drumbeats from art-punk outfit Comfort.

London-based Jacob Read, better known by his moniker Jerkcurb, makes his debut performance at the Roundhouse, equipped with perfectly toned guitars, shadowy romantic hues and a mysterious Nick Cave-esque aura that will leave you intoxicated. Having fully emerged in 2016 with the flourishing Night On Earth – a streaming hit with 2,700,000 spins to date – and subsequent tracks Voodoo Saloon and Little Boring Thing, there’s been a growing sense of an artist climbing into maturity with each succeeding release, video and gig laying the foundations for Jerkcurb’s burgeoning cult status. Radio and press took to Jerkcurb instantly with BBC Radio 6 Music inviting him in for a live session on Tom Ravenscroft’s show, also making an appearance as a guest on Steve Lamacq’s Thursday Round Table, while esteemed publications like Dazed, Vice, Noisey and Wonderland have all thrown their weight behind his music and art. Written entirely by Read and largely self-produced with contributions from Tom Carmichael, Ojan Genc and Pulp bassist Steve Mackey, Air Con Eden cements Jerkcurb’s reputation as a true polymath; a magnetic multi-disciplinary artist, and mercurial songwriting talent.

Based in Glasgow, Comfort combine aggressively-attacked live drums with industrial electronics and synths with Natalie Comfort’s raging vocal. Not Passing is brutal, honest, poetic, visceral, angry and beautiful. A critique of gender norms and societal constructs but mostly a vulnerable, powerful, personal perspective from outside the majority, Not Passing presents a crucial voice. Recorded in Glasgow by Helena Celle (Anxiety/Otherworld), Not Passing is a minimalist/maximalist formation with stark, thundering drumbeats often accompanying a simple synth line or bit-crushed sample. Each track tumbles forward, powered by Natalie Comfort’s invective, sometimes painfully vulnerable and at others completely empowering.

An intoxicating, unique blend of dub, trip-hop and UK rap delivered with poise and personality, EXCELSiA is the debut mixtape by London based artist POiSON ANNA. It makes her one of the most singular and uncompromising British voices to emerge as of late. Despite only one official release to her name – 2020’s ‘KOKO’, which was directed by acclaimed director Paco Raterta (The Prodigy, Gaika) in the Philippines – she has already built-up support from the likes of Mary-Anne Hobbs and Benji B, had her music appear in GTA V and has collaborated with fellow artistic visionaries A$AP Rocky and Dean Blunt.

More about Route
Route is a Community Interest Company aiming to inspire young people from marginalised backgrounds to pursue a career in the music industry by sharing stories, experiences and practical advice from within its numerous fields. Route want to demystify the pathways to revered job roles, highlight the importance of less glamorous but essential ones and make connections easier in an industry that can be notoriously cliquey by accident and design. Above all, Route strives to become a resource for a fairer music industry.

Photosensitivity Warning
During the performance of Route presents, some lights have a strong strobe effect that may affect viewers who are susceptible to photosensitive epilepsy or other photo sensitivities.

Photosensitivity Warning
During the performance of Route presents, some lights have a strong strobe effect that may affect viewers who are susceptible to photosensitive epilepsy or other photo sensitivities.