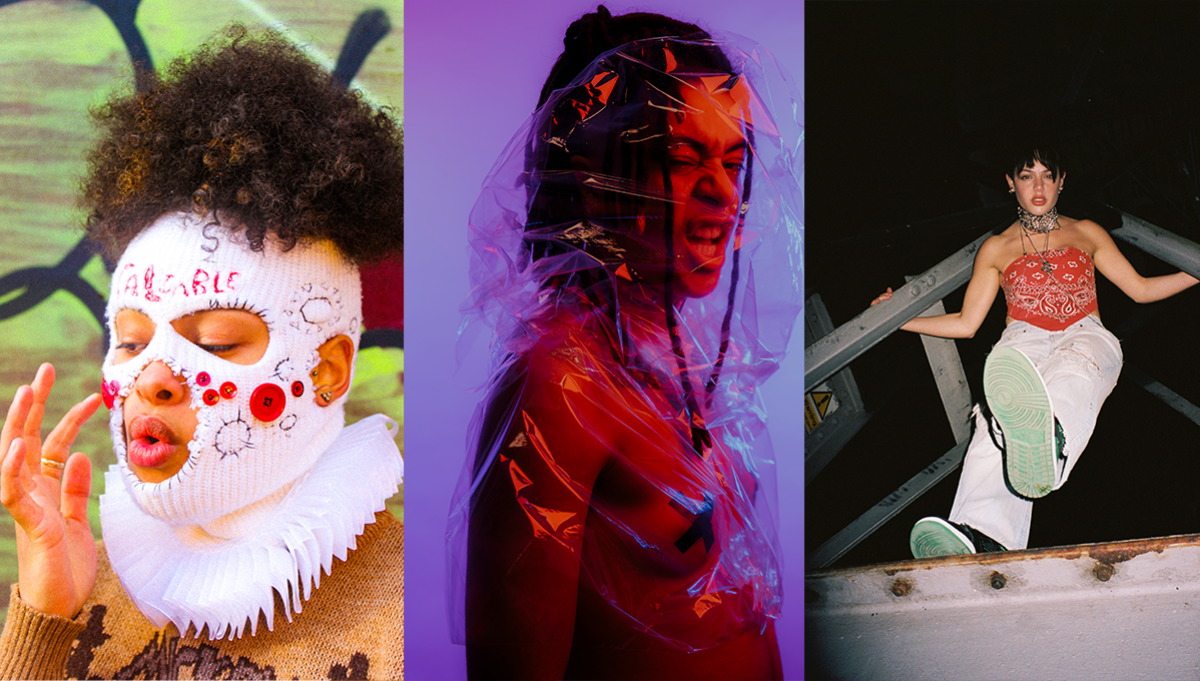 Meddling together elements of punk-infused dancehall, jungle, bass and pop, Grove is an autodidactic Bristol-based producer and vocalist with a constantly morphing sound. Grove’s noise concoctions come from the ‘feminine’ and ‘masculine’ energies that reside within, filtering them through a sensuous & rave-a-licious lens, with lyrics inspired by political angst, queer euphoria, & the toppling of the Edward Colston statue in the city of Bristol.

To experience a world full of surplus wonder, surrealism and raw stories is to watch rising London-based, Dysfunctional Rapper and Visual Artist, TaliaBle who is prized as the go-to underground circus. TaliaBle entered the music scene September 2019 with a tongue twisted in poignant lyricism, beats crafted with an alternative tone by TaliaBle’s wizard in crime and producer: Karl Brinaj, topped off by a gritty, theatrical performance where costumed characters would emerge and illustrate lines in the songs. From Map Cafe to VFD, TaliaBle then championed a headline show at Late At Tate (Tate Britain) just three months into her music endeavours. Since then she has performed at the likes of Corsica, Pickle Factory and KeepHush.

Tlya X An is a gritty Pop artist, infused with underground Dub, Hip Hop and world music elements. Born in Jerusalem, Israel. and relocated to Bristol, UK. Tlya is a producer, singer and visual artist. Multitasking these passions has allowed the artist to express her visions in full force.

More about Saffron
Founded in Bristol, UK in 2015 by Laura Lewis-Paul, Saffron operates as a social enterprise that primarily offers training in music production, sound engineering and DJing, as well as running an artist development program and record label. The music tech industry is currently composed of just 5% women. Saffron’s aim is to increase that figure, advancing gender equality in the sector by creating a safe space for women, non-binary people and other minority genders to learn and build confidence. They want to inhabit traditionally male-dominated music tech spaces and become visible role models.