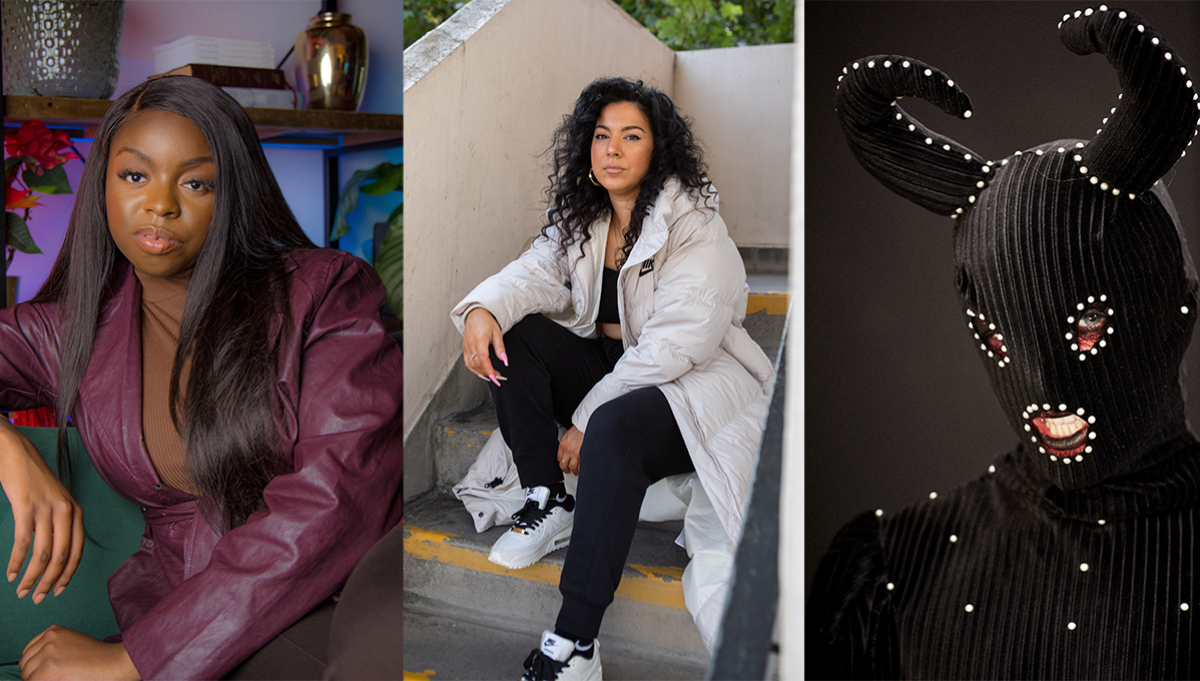 We are sad to announce that, due to illness, Shay D will no longer be performing at BBC Music Introducing. We will instead be joined by DJ and Producer, Luke Sandler.

Hailing from the stomping grounds of North London, Shay D is a raw lyricist who draws inspiration from her Persian upbringing in the capital. Her latest album Speaking in Tongues charted at #7 in the iTunes Rap & Hip Hop chart earlier this year, securing the Youtube Music ‘Grime’ Cover, national radio play and Spotify play-listing. Shay D hosts and DJs her own Reprezent Radio show Saturdays with Shay highlighting new emerging artists aligning with her work as a youth project manager for Breakin Convention. Not afraid to push boundaries, she not only empowers women through her songs but through her pioneering* Queens of Art* movement, leading the first ever all-female UK hip-hop tour in 2019 and 2020.

Merchant of pure queer chaos and gleefully unpredictable, Lynks is a cult sensation in London’s underground music scene who is set to take us on a journey where drag, music and theatre collide in a beautiful daze. Named ‘one to watch’ by Lauren Laverne, The Guardian, Attitude Magazine, NME, DIY, Time Out, Jack Saunders,* Huw Stephens + Elton John., their legendary live show has graced sold-out venues across the UK, most recently turning the main stage of Latitude Festival into a queer dystopia of electro-punk excess. Watch out; Lynks’ cultural revolution is well underway.

A fresh sound on the scene as new and upcoming artist, Mulah will no doubt get your attention with her sharp, witty lyrics and contagious beats. Born and raised in East London, Mulah has been widely known for the impact she has created in the public-speaking scene, but now she’s having her name recognised for her tight flows and bubbly energy! Expect minimalistic hip-hop beats and punchy vocals bursting with personality as Mulah’s sound comes with an honest vibe and a positive message that the world has been waiting for!

More about BBC Music Introducing
BBC Music Introducing provides a network dedicated to supporting the best emerging talent from across the UK and a platform to propel them onto the national stage through Radio 1, 1Xtra, Radio 2, 6 Music, the Asian Network and Radio 3. It gives up-and-coming artists broadcast opportunities on BBC radio, television and online alongside the chance to perform at major festivals and showcases. Big name artists including Florence + the Machine, Catfish and the Bottlemen, Declan McKenna, Blossoms, Nao, George Ezra, The Big Moon, Tom Grennan, James Bay and Jack Garratt all received BBC Music Introducing support at the start of their careers.