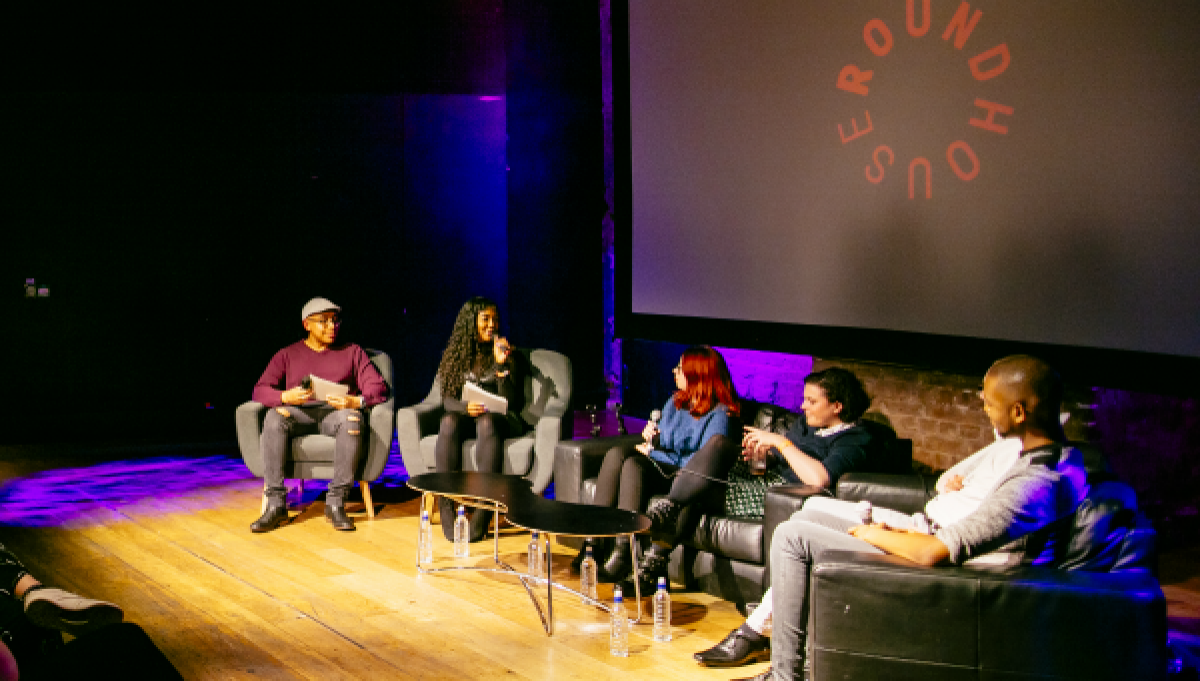 Join us to celebrate the launch of a selection of short films made by awardees of the Roundhouse’s Film Fund – showcasing work made over the past 12 months.

With support from the Ex-Animo Foundation and the Wiggin Charitable Foundation, and in partnership with BFI Network, we will be showcasing an evening of innovative, bold films that question the times we live in and look at the issues affecting our daily lives.

The evening will present new work by; Jennie Foot, Nayonica Ghosh, Léna Lewis-King, Jen Lim and Laurie Waplington and will include an informal Q&A with film makers and post show networking.

ABOUT THE ROUNDHOUSE FILM FUND
The Roundhouse’s Film Fund aims to support a creative and innovative approach to presenting socially relevant films by emerging filmmakers with a story to tell that is entertaining, enlivening and inspiring for audiences.

The Roundhouse’s Film Fund Screening is presented by the Roundhouse in partnership with the BFI NETWORK, with support from the Ex-Animo Foundation and the Wiggin Charitable Foundation.

Age recommendation: 16+. Under-16s must be accompanied by an adult