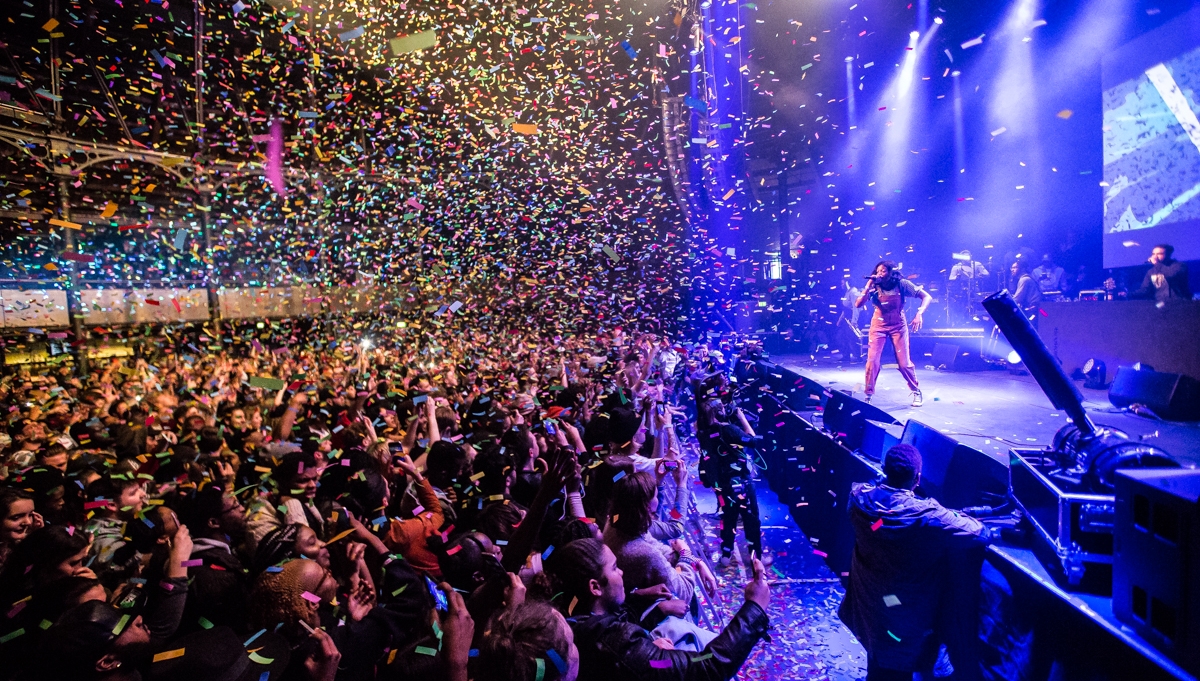 Reuben Arthur is a multi-faceted individual – a world-beating athlete by day, & everything else by night! Driven by a passion & appreciation for all things music, he’s one half of the audio editorial newspaper The Green Room Press, interviewing international superstars like Royce da 5’9 as well as homegrown talent such as Caleb Femi in a conscious effort to inject diversity into the average listener’s experience.

After working for several years in the Education sector and whilst developing a career in Art & Design, Justin co-founded record label and events unit Uprock Recordings in 2000, which organically led to the creation of the music & arts movement Jazz re:freshed.

Coming from a musical background and playing instruments since the age of four, Justin’s music appreciation was eclectic and encompassed a broad range of sounds and genres, however it was the sheer raw creativity of Jazz music, that ultimately captivated Justin’s imagination, leading him to conceive and co-found Jazz re:freshed in 2003.

An Illustrator/Graphic Artist by trade, it was inevitable that Justin made art and visuality central to the a Jazz re:freshed philosophy and identity, thus taking the role of Creative Director.

Paulette Long OBE has worked within the music industry for over 35 years beginning her career in music PR and artist management. Moving on to work for independent music publisher Westbury Music (where she became a director) Paulette worked within all areas of publishing from licensing, artist development and business affairs to royalty accounts and distribution. Also finding time to work for an advertising agency on their music accounts and an independent record label before setting up her own management company. A previous long standing board director for The Music Publishers Association (16 years) and a previous director of PRS For Music where she held the post of Deputy Chair (the first Black person to sit on both Boards), Paulette is also an Ambassador for the PRS Foundation and a trustee of the PRS Members Fund.

A founding member of ADMM who successfully created the UK music industry’s first Diversity Charter (formally adopted by UK Music), Paulette currently sits as deputy-chair of the UK Music Diversity Task Force and co-chair of the BPI Equality and Justice Advisory Group. In 2016 Paulette was added to Music Week’s ‘Women In Music Roll Of Honour’ and later that year received an OBE for services to the music industry. 2017 saw Paulette receiving the prestigious Gold Badge Award from The Ivors Academy and more recently in 2019, held the role of Jury President in the Entertainment Lions for Music category at the renowned Cannes Lions Festival. Paulette is also a qualified Peer Reviewer on the CLOCK Your Skills programme and also manages the very talented singer, songwriter, cellist Ayanna Witter-Johnson. She has more recently extended her diversity work into the recruitment arena with the setting up of ‘Zero81’ an agency for specialist recruitment and championing and improving ethnic diversity at senior management level within the UK music industry.

Panellist: Yaw Owosu, Executive Manager at The Playmakers Group and Senior Manager of Power Up at PRS Foundation

After completing University, Yaw launched URBEATZ in 2005 as a music and media organisation. URBEATZ soon become known throughout the UK for its unique brand of music, film and media projects, resulting in several awards for creativity, innovation and enterprise.

In 2011, Yaw set up creative consultancy agency Nothin But The Music (NBTM). Over the past few years NBTM have programmed and curated a number of key music events and projects working with and for clients such as MTV, BET, Liverpool International Music Festival, BBC Radio 1 Academy, MOBO, Boiler Room, Sound City, The Brit School and the Competitor Group. In addition, NBTM have released a number of singles and music projects that have earned acclaim, major syncs and national and international radio support. NBTM recently partnered with THE PLAYMAKER GROUP forming a dynamic multi-strand music and entertainment company. THE PLAYMAKER GROUP ’s past and current clients include many sector leading brands, organisations and artists including Nike, AEG, Sony, Universal Records, The Fader, BBC Radio, MTV, Damian Marley, Dizzee Rascal and many more.

In August 2020, Yaw began working with PRS Foundation as a Senior Programme Consultant to build a new and pioneering initiative aiming to power up Black music creators and executives.