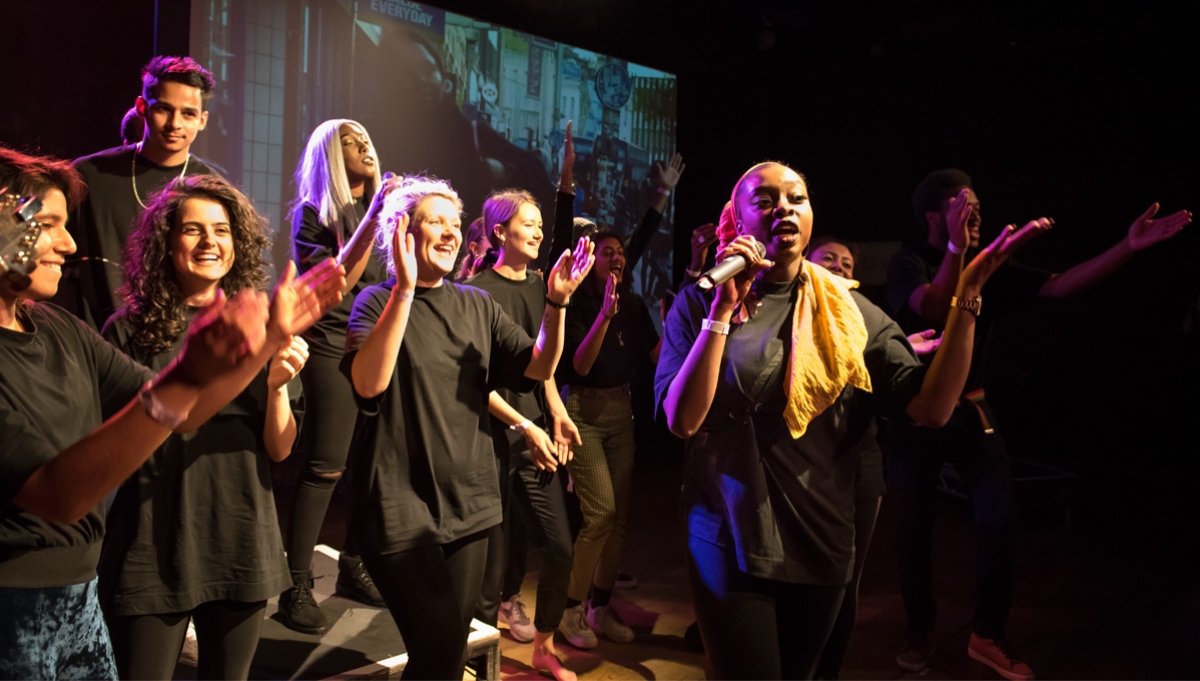 A vibrant, poetic protest merging music, spoken word and language on film, Untapped Nation is a celebration of multicultural identity, the intersection of culture and community spirit.

Initially presented live as a mixed media promenade theatre performance by participants of our spoken word performance project for 16-25s Wax Lyrical, the film combines spoken word and music with visual poetry and comedic puppetry that is at once affecting, challenging and gut achingly hilarious.

Over six weeks, a group of emerging artists aged 16-25 worked with professional artists Kat Francois and Arjunan Manuelpillai, and award winning activist filmmakers The Rainbow Collective, to create a powerful performance exploring identity, bilingualism and the concept of home.

Six members of the group returned to the Roundhouse in the Spring of 2019 to work with the Rainbow Collective to produce a short feature length film that follows the narrative of the original performance. The film will be released in short episodes later this year.