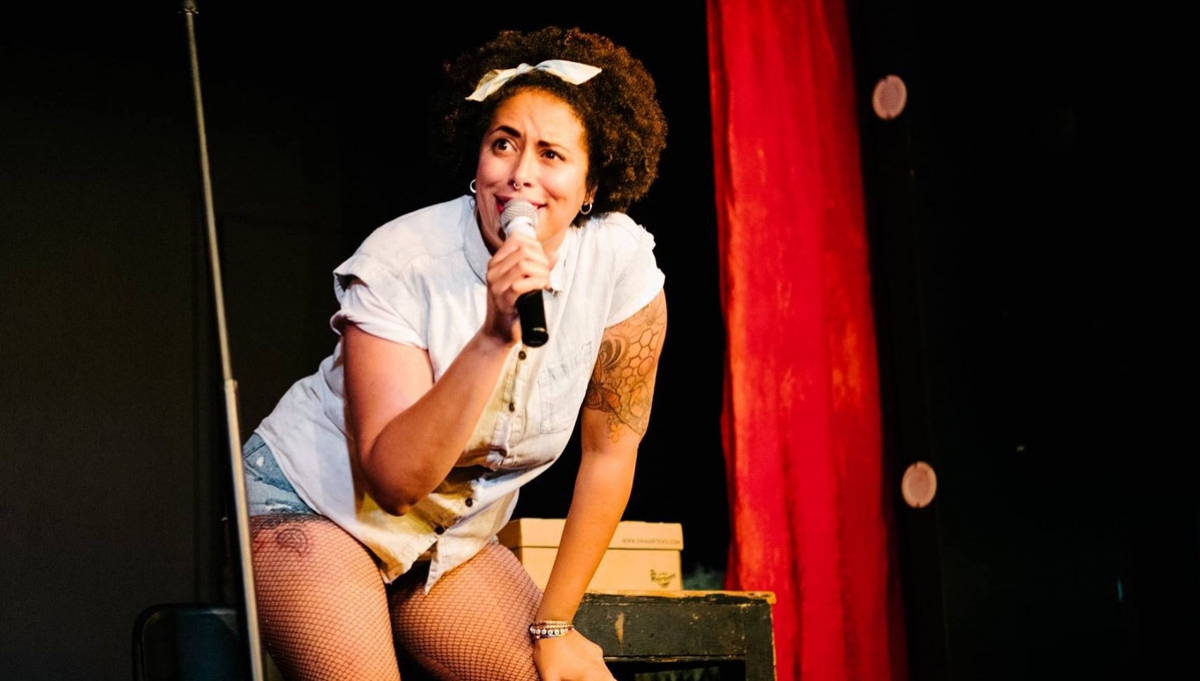 Dust down your feathers for a night at The Black Flamingo Cabaret, a sumptuous display of wordplay and gender-defying drag featuring black and queer performers.

Hosted by poet and drag queen Dean Atta as The Black Flamingo, the evening will feature a collection of spectacular artists subverting gender through spoken word and poetry, with guest performances from Caroline Teague and Olivia Klevorn.

Dean Atta was named one of the most influential LGBT people in the UK by the Independent on Sunday. His work has appeared on BBC One, BBC Radio 4, BBC World Service and Channel 4.

The Black Flamingo Cabaret has been developed by Dean Atta with support from Free Word and Spread the Word.
Image: Taken at Bar Wotever by Lea L’Attentive

About the line up

Caroline Teague is a London born and bred poet. Creator of the musical project “Caroline Smiling” which blends music, spoken word and illustration to creatively communicate ideas around mental health and queer identity. They also curate London’s only regular 3-round Slam, Genesis Poetry Slam, and is an artist-in-residence at the Vauxhall-based queer cabaret night Bar Wotever.

Olivia Klevorn is QPOC poet and performer from Chicago, IL. A graduate student in anthropology, Olivia focuses both academically and creatively on the relationship between language and the body, specifically on pop culture and celebrity as they relate to the everyday experience of race and gender.