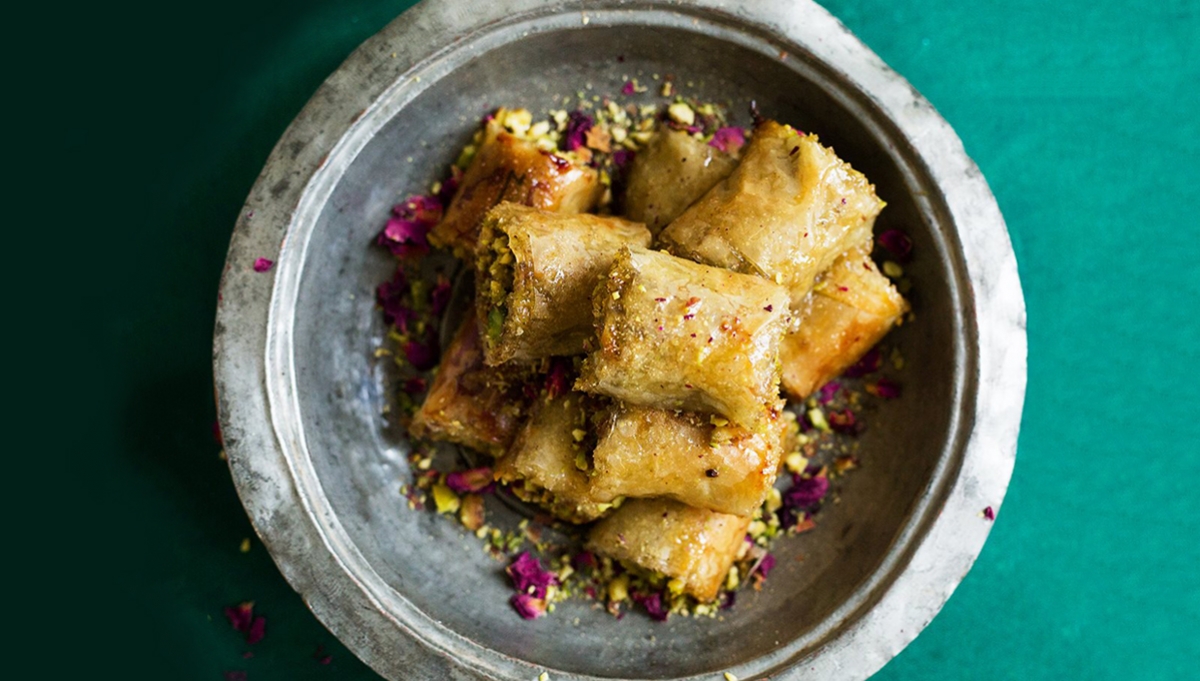 For one night only, Syrian Supper Club will be serving up a delicious and seasonal three course meal inspired by the culinary delights of Syria. The evening will also showcase poetry performances from published poet Amir Darwish who will read from his collection Dear Refugee and Farrah Akbik.

Running in aid of the Hands Up Foundation, Ruth Quinlan, Syrian Supper Club’s head chef, will be taking the helm at this very special pop-up dining event.

The Syrian Supper Club is a campaign by the Hands Up Foundation. The idea behind it is simple and positive; gather people together, introduce them to a delicious part of Syria’s rich culture, and at the same time, do something good. All monies raised will go towards our work funding aid projects for those affected by the conflict in Syria. Find out more about where monies raised goes.

Amir Darwish is a British Syrian published poet and writer of Kurdish origin who lives in London. His previous work is Don’t Forget the Couscous (Smokestack 2015) and From Aleppo Without Love (2017).

Run in partnership with

House Rules
We like to place guests at our Syrian Suppers, so please make sure you let us know in the notes when booking if you’d like to be seated with particular people who have booked separately.

Cancellations & Refunds
Cancellation and refunds must go via Syrian Supper Club and raised at least three days before the event.