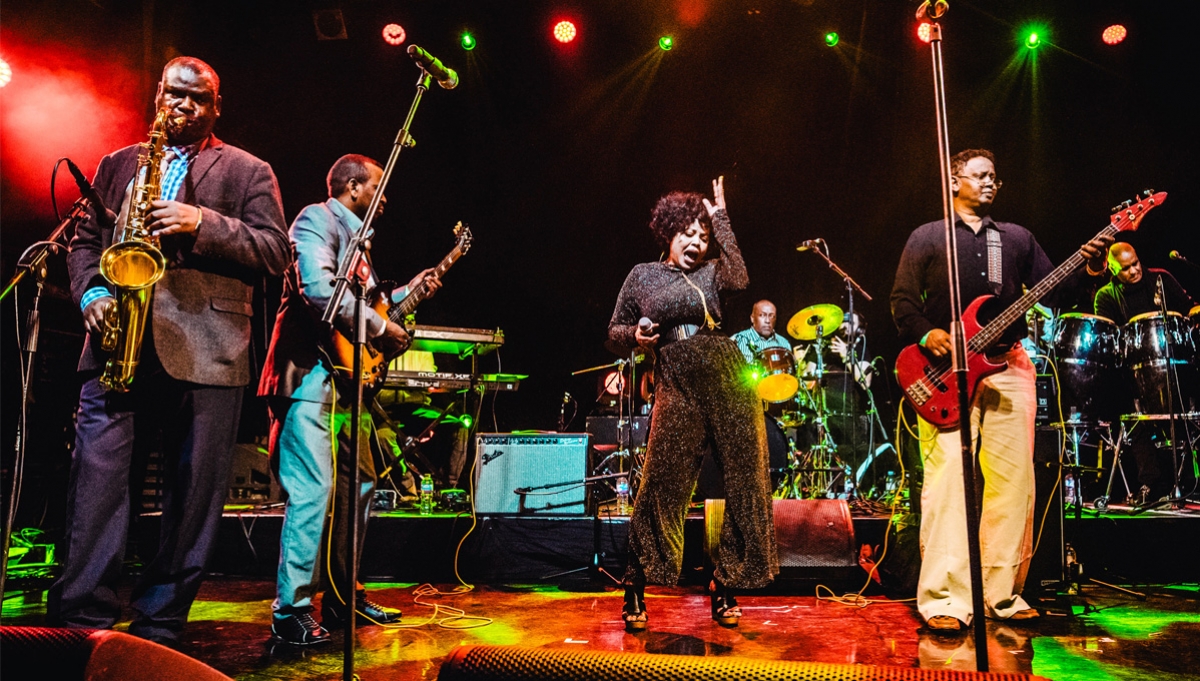 Join us for a night of Somali disco and funk vibes from a line-up of East African artists, brought to you in collaboration by the Somalinimo and Sawti projects.

Headlining are the newly reunited 80s Mogadishu and Somali funk, disco and soul band: Dur Dur. Originating from the Moqadishu disco scene, Dur Dur disbanded in the early 90s, as the country plunged into a civil war. They were unable to continue playing in their city and scattered abroad.

The show will also feature special guests sets from poets and musicians.

This event is running as part of a larger programme of work Somalinimo (till I dhimo)
celebrating Somali culture.
Find out More