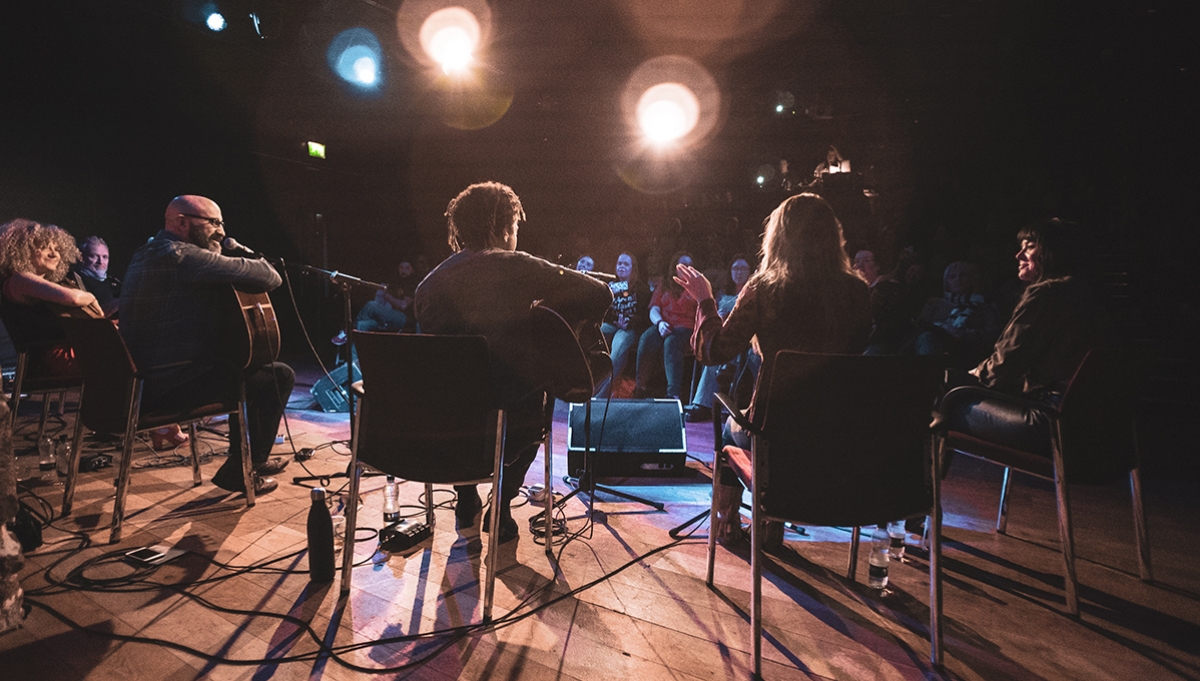 Hear the writers behind the likes of Miley Cyrus, Adele, George Ezra and Paolo Nutini perform in their own voice, in a relaxed, acoustic showcase featuring an eclectic blend of talent being born out of the UK.

Co-hosted by Jeff Cohen and Riva Taylor, the evening will see Jim Duguid, Sacha Skarbek and Sarah Darling come together on stage where they will perform and exchange songs and stories, with a special guest performance from Roundhouse resident artist Celine Love.

Jim Duguid co-wrote most of Paulo Nutini’s early hits including: ‘New Shoes’, ‘Rewind’ and the biggest single taken from the record ‘Last Request’. He’s become one of the go-to songwriters in the UK, working with great artists as Sam Smith, Eliza Doolittle, Katy B, Will Heard, Lewis Watson, George Ezra, Gabrielle Aplin and Charli XCX to name a few.

Sarah Darling has worked with writers and producers at home in Nashville and in the UK, and has developed a distinct and contemporary sound that fuses her own personal blend of US country with UK country and pop influences. Known for hits like Halley’s Comet and Where Cowboys Ride, Sarah has performed at numerous summer festivals, including BST Hyde Park in the UK, and CMA Fest in Nashville.

Riva Taylor is an English singer, songwriter. At age 12, she was the youngest artist ever to sign with EMI Records and has appeared with artists as diverse as Jose Carreras, Usher and Katie Melua in concert halls and stadiums across the world. In 2018 saw her release material from her forthcoming album, of which her debut track My Mouth was played by Sir Elton John on his Beats1 show and added to his personal Spotify playlist.

Celine Love is a Roundhouse Resident Artist and singer-songwriter blending a fusion of folk, soul and pop to accompany the personal stories she tells.

Children under 16 must be accompanied.