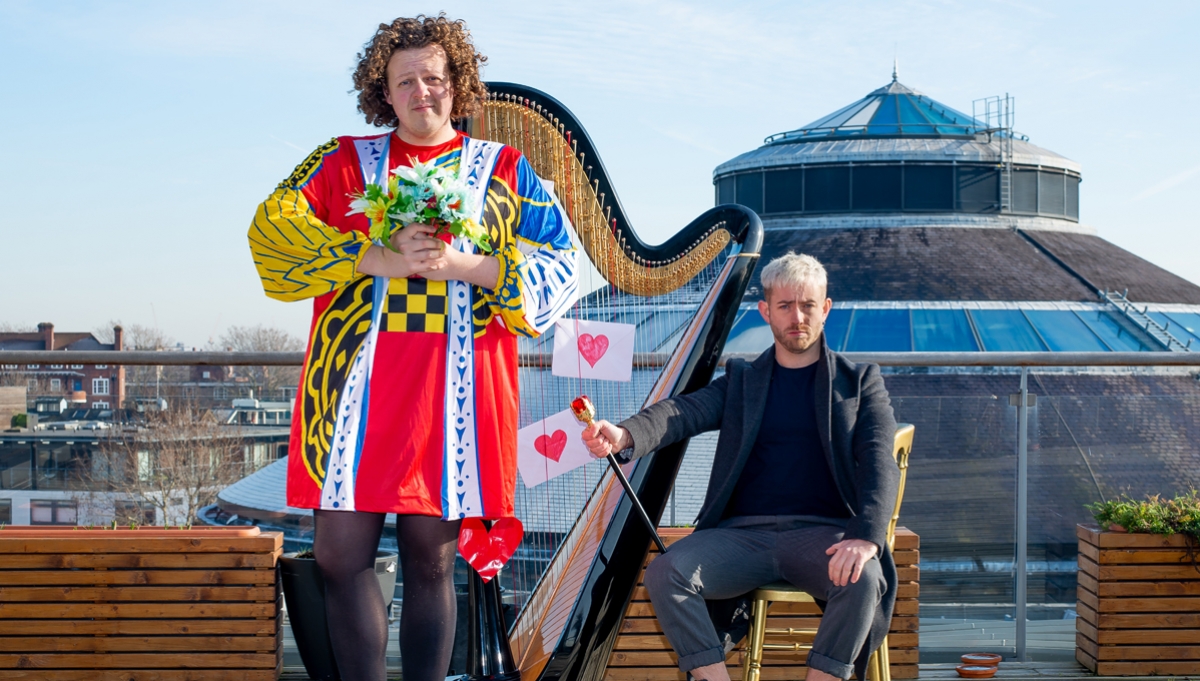 Jack Rooke performs his comedy-storytelling show about the misfortunes of modern romance, gay dating and some good old fashioned shagging.

Set to a live harp accompaniment from acclaimed orchestral musician Alexander Thomas, Love Letters is a story for those who’ve been ghosted, freaked out by one-night stands and deleted Tinder before re-installing it two weeks later.

The matinee performance on Saturday 16 February will be followed by a post-show Q&A.

A mesmerising whirlpool of cleverly-written, tenderly shocking and awfully funny anecdotes – with a dollop of punk.

With sharp wit, verbal dexterity and a fierce intelligence, Rooke rides laughter with the authority of a seasoned stand-up, although he is far far better than that.

His second show Happy Hour debuted at the Edinburgh Fringe 2017, placing in the Top 50 highest reviewed shows of the festival. He’s currently developing a BBC sitcom pilot ‘Big Boy’, a Radio 4 doc about rapper M.I.A. and his debut book with Penguin Books/Ebury.

Age guidance: Strictly no under 18s