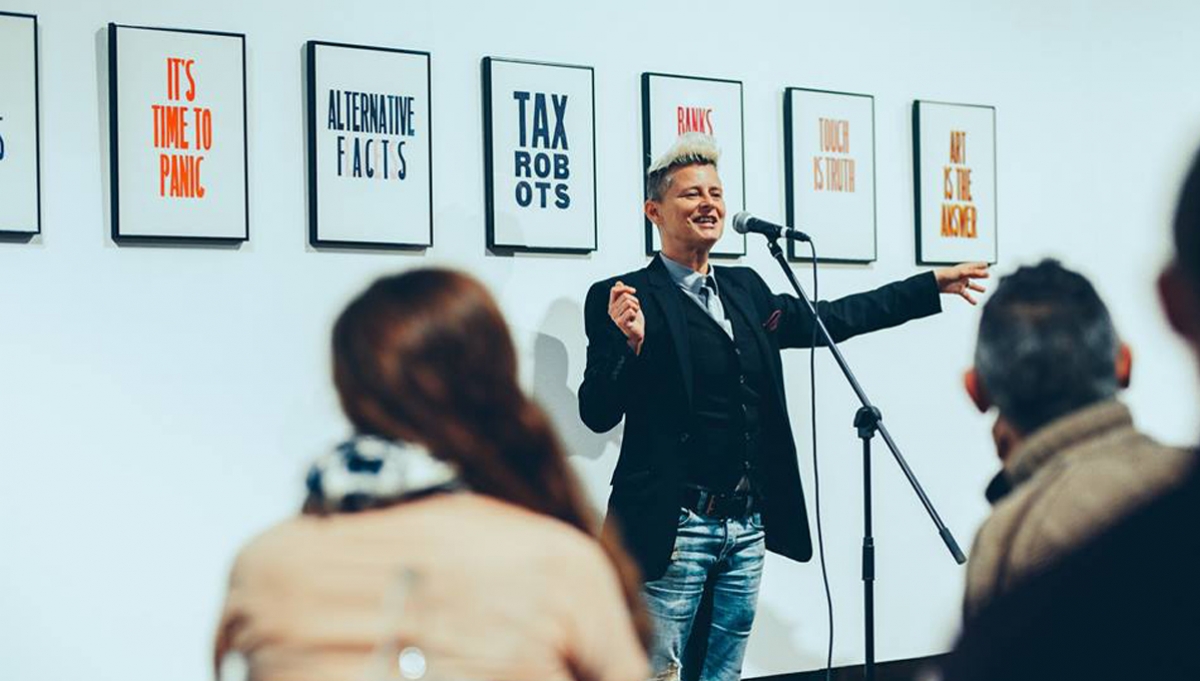 Out-Spoken Press is an independent publisher of poetry and critical writing founded in 2013. All collections will be available for sale and signing on the night.

Joelle Taylor
An award winning spoken word artist, poet, playwright and author, Joelle has performed across the UK as well as internationally for the British Council. She was awarded a Fellowship of the Royal Society Arts in 2015 and was named one of Southbank Centre’s Nelson Mandela Change Makers for positively affecting cultural Britain.

Anthony Anaxagorou
Anthony is a British-born Cypriot award-winning poet, fiction writer, essayist, publisher and poetry educator. He has published nine volumes of poetry, a spoken-word EP and a collection of short stories. His poetry and fiction have appeared on BBC Newsnight, BBC Radio 4, ITV, Vice UK, Channel 4 and Sky Arts. He was commissioned by the Labour Party during the 2017 general election to write the poem for their campaign entitled Mark It Red.

Harry Josephine Giles
Edinburgh native writer and performer Harry is the founder of Inky Fingers Spoken Word and co-directs the performance platform Anatomy. Their participatory theatre has toured festivals across Europe, including Forest Fringe (UK), NTI (Latvia) and CrisisArt (Italy); and their performance What We Owe was picked by the Guardian’s best-of-the-Fringe 2013 roundup – in the “But Is It Art?” category.

Ollie O’Neill
Ollie O’Neill is the UK’s former National Youth Slam Champion. She is currently producing a pamphlet to be published with Out-Spoken Press and has read original work at venues such as The Institute of Modern Art, Soho Theatre and The Royal Festival Hall.

Age suitability: This is a 16+ event

A handful of tickets are available at just £5 each for GET IN members.
Already a member? Log in first, then hit the ‘find tickets’ button to see if any GET IN tickets are left.