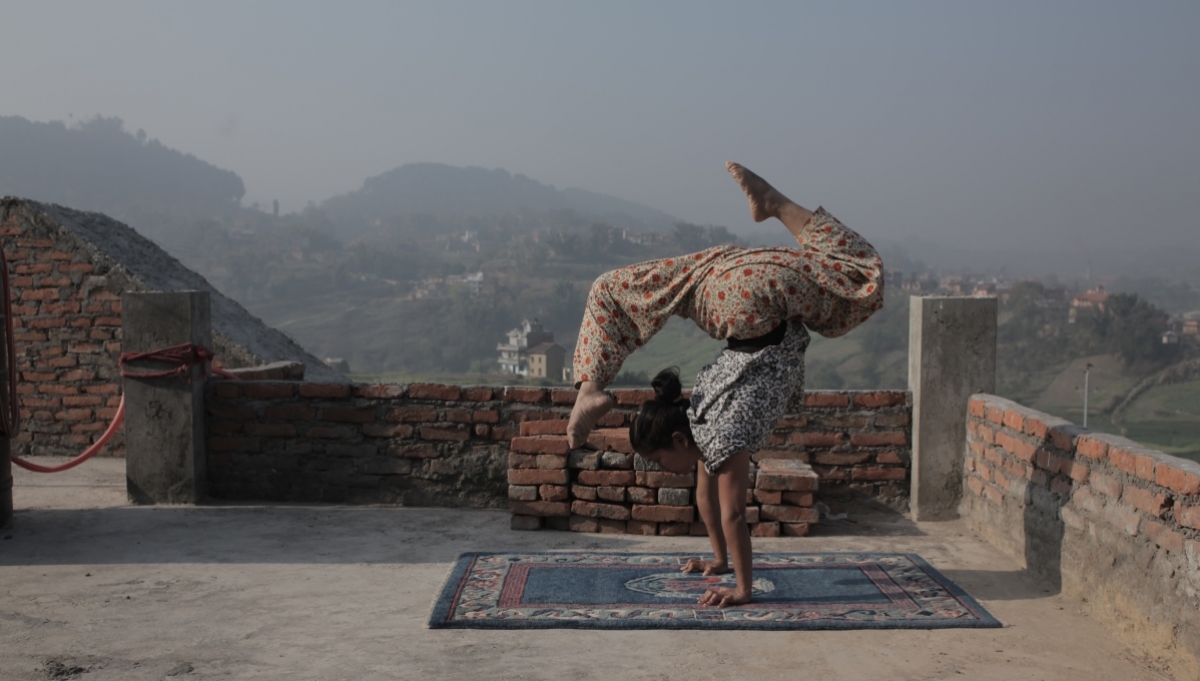 With 11 other young trafficking survivors, Sheetal and Saraswoti founded Circus Kathmandu – Nepal’s first and only circus.

Even When I Fall is a documentary film that traces their journey over six years as they confront the families that sold them, seek acceptance within their own country and begin to build a future.

The girls’ struggle against the odds, but something their captors don’t realise is that they left them with a secret weapon – their breathtaking circus skills.

As they take the bold step of bringing circus to the stages of Nepal, they challenge the deep-seated stigma against trafficked women, discover the courage to perform in front of growing crowds, and the strength and will to address their past.

Longlisted for Best Documentary at the One World Media Awards

Circus Kathmandu is living proof that something positive can be salvaged from the darkest human suffering.

“[A] powerful film aiming to break the stigma surrounding survivors of human trafficking.

It’s a triumph of the human spirit.

Under 16s will need to be accompanied by an adult

Subtitled for the majority of the film

Already a member? Log in first, then hit the ‘find tickets’ button to see if any GET IN tickets are left