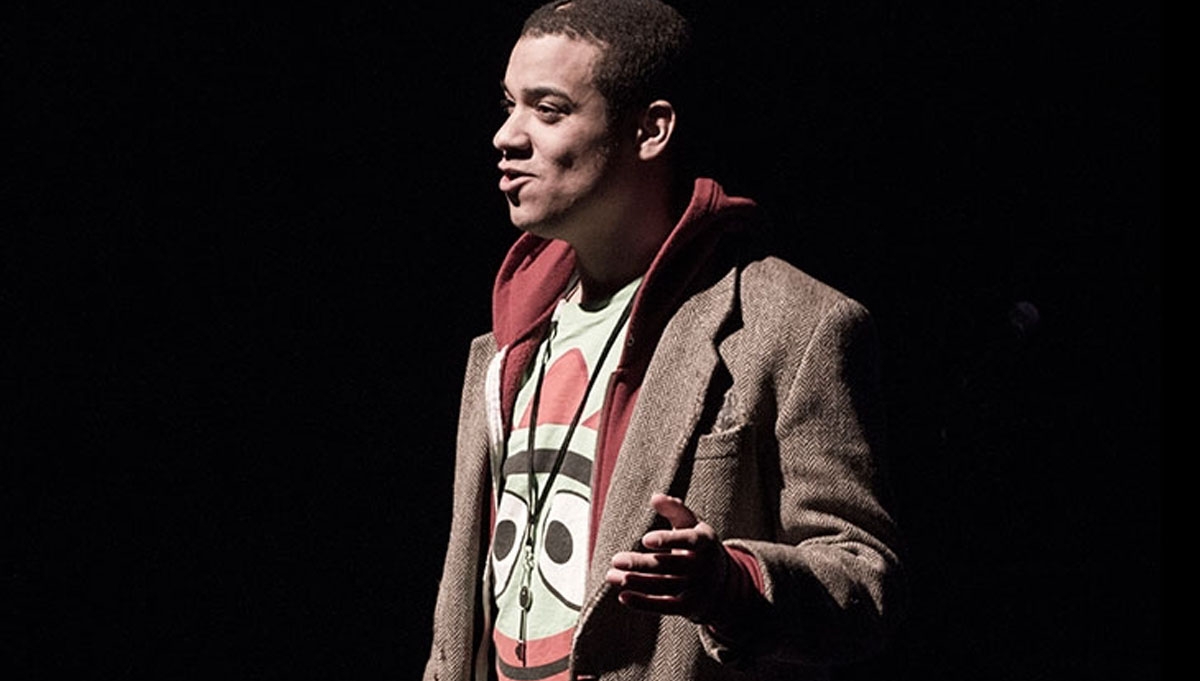 Testament is making a show about feminism. He’s made theatre shows and had his poetry on Radio 4. He thinks he’s a right-on kind of guy. And then his daughter is born, and he starts to see the world through her. Maybe what he understood about equality and privilege isn’t as clear cut as he assumed.

So, he’s decided to make a show to try and discover what’s really going on. But what does he know about feminism? And what will he discover as he starts to unpick his own privileges and prejudices?

Testament is developing The Privilege Show (working title) over the next year, with the support of West Yorkshire Playhouse, Royal Exchange Manchester and Roundhouse.

About Testament
Beatboxing since he was 11 and rapping since he was 14, Testament is the creator of highly successful work in theatre and spoken word, including West Yorkshire Playhouse co-commission Blake Remixed. His credits include performances on BBC, ITV, MTV, BBC Radio 1 and 1Xtra. He also holds the Guinness World Record for leading the world’s largest human beatbox ensemble andis a frequent collaborator with beatbox pioneer Shlomo. In 2009 he released debut album No Freedom Without Sacrifice to widespread critical acclaim and successfully toured the UK.

An entertaining fusion of hip-hop, rap and beatboxing that thrusts the Blake mythology in the 21st Century