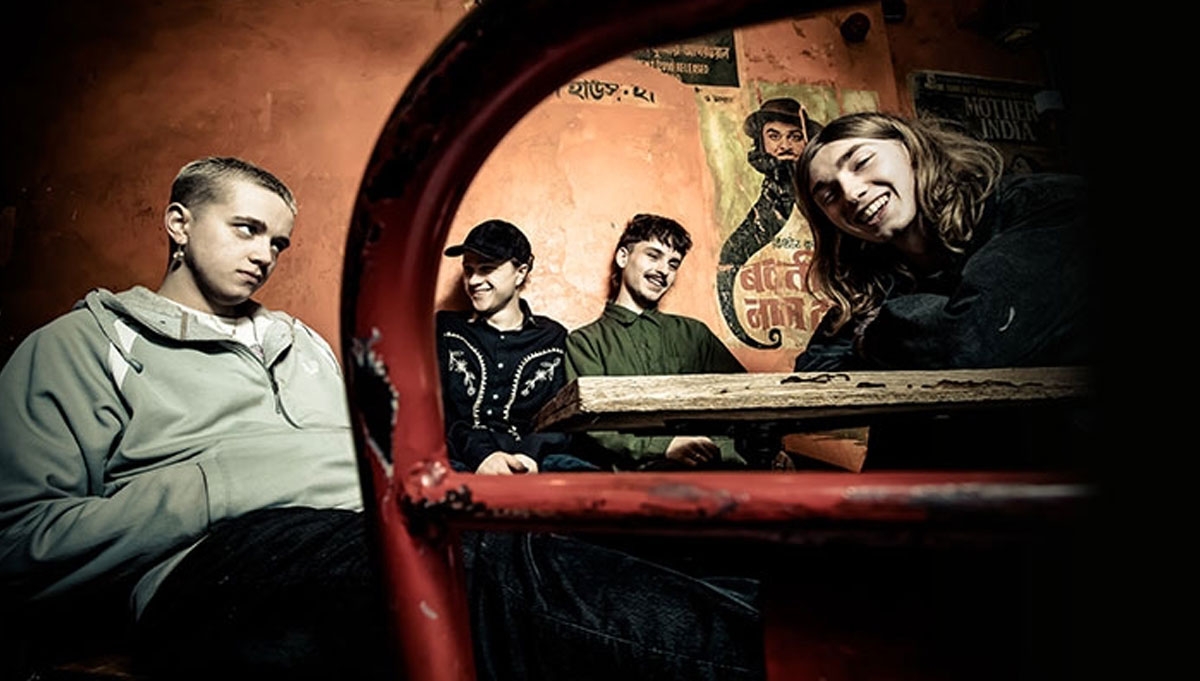 The Jacques continue to evolve into something of their own making – at one turn dark, brooding and unfathomable – the next an exuberant buzz of melody, harsh guitars and scathing words.

New song ‘No Kamikaze’ is out now and in a nod to the band’s growing popularity and acceptance in mainland Europe, it was immediately playlisted on the nation’s biggest radio station Oui FM.

Recorded at the legendary Konk Studios in London and produced by Dan Swift (under the inquisitive eye of Sir Ray Davies), ‘No Kamikaze’ is another sneering, shouting, melodic ode that slowly works it’s way around you brain like all great songs have a habit of doing. It is accompanied by a truly original animated film, directed by Callum Scott Dyson.

Gillbanks are singer/songwriter Sam Gillbanks and Hugo Heaverman on drums. With 5 song EP Lend Me Your Skin under their belt and a slot at Field Day last year, Gillbanks perform ‘pop songs with meat’.

Penelope Isles deliver a set that is the wide-eyed optimism of youth with a knack for great pop hooks smeared with psych fuzz, similar to the likes of Cheatahs, or Moon King. Their tracks are like your favourite sweets with shards of broken glass embedded in them, the potential of which is just screaming out for attention.