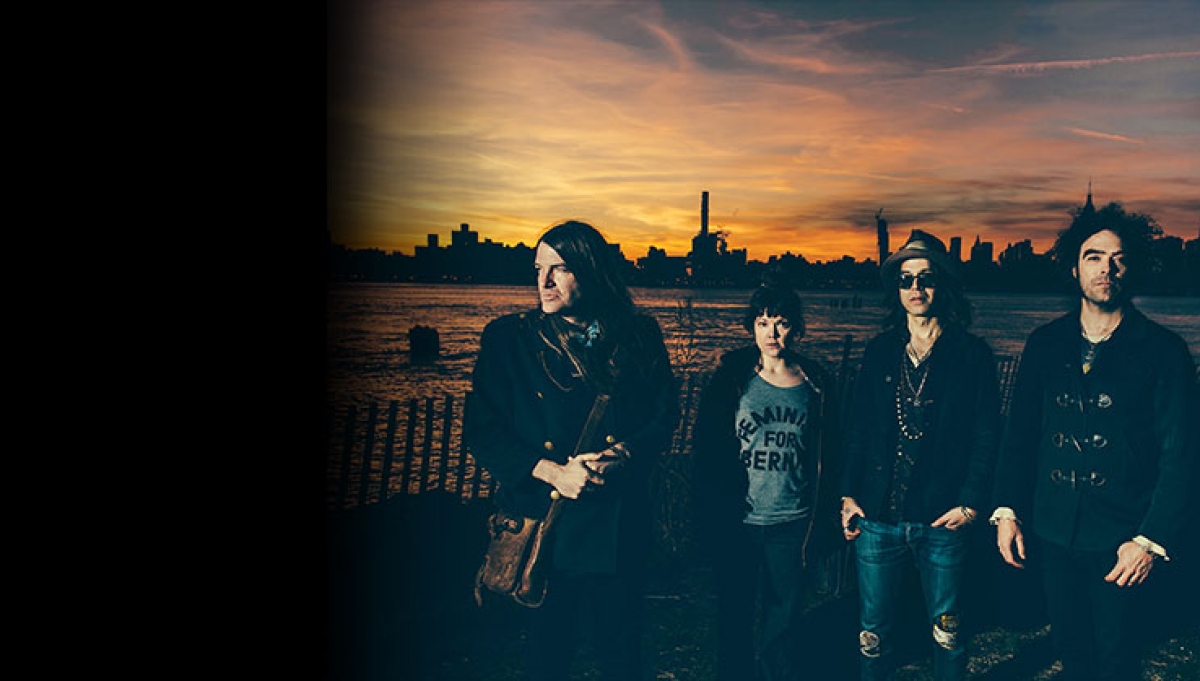 Since their inception in 1994, The Dandy Warhols have always spectacularly blended the pristine with the unusual, the rhythmic with the unpredictable and the grit with the sheen.

Making music out of Portland, Oregon for over twenty years, Taylor-Taylor (vocals, guitar), Zia McCabe (keyboards), Peter Holmstrom (guitar), and Brent DeBoer (drums), have gone on world tours, had hit singles and even taken the stage during the Greek riots.

Distortland is the Dandy’s first record since 2012’s This Machine. Though four years between releases is certainly a long time in the usual demand of the corporate world, that is not a schedule the Dandy’s ascribe to – they let the art and the music dictate, instead.

With support from Telegram.

Time are approximate and subject to change without notice.