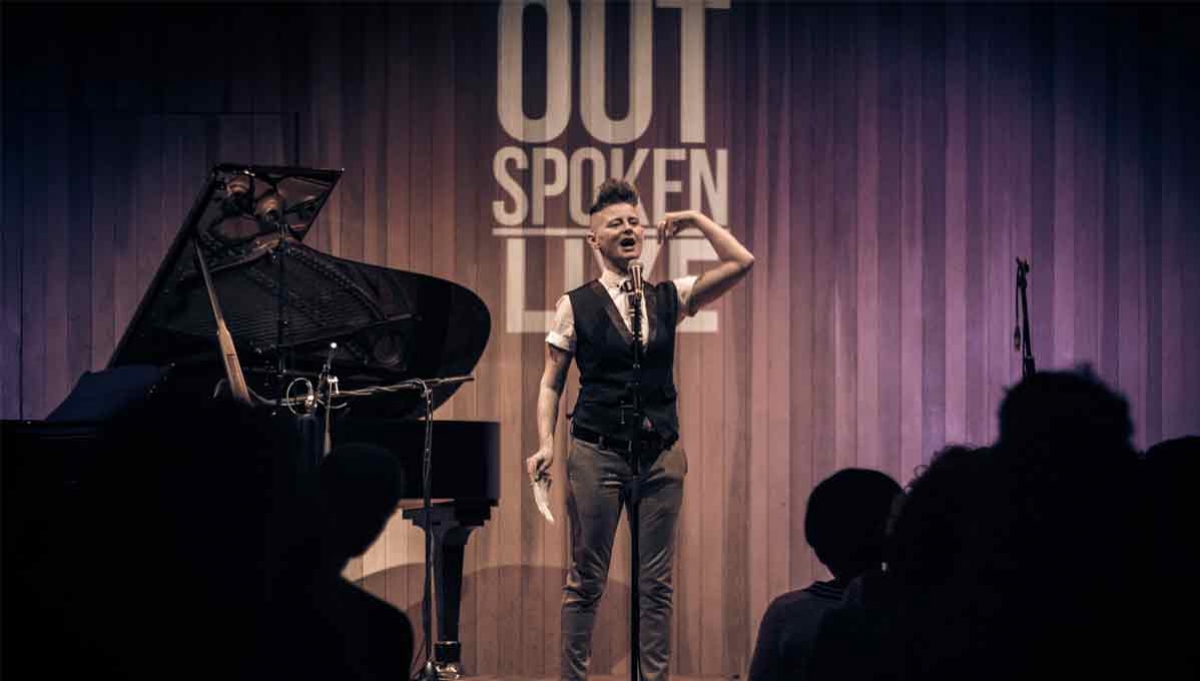 Out-Spoken is one of London’s premier nights for poetry and live music.

Jolade is a freelance filmmaker, self-taught photographer, creative director and poet raised in Nigeria and the UK, based in East London. He is passionate about education, collaboration and telling the stories of people and space that often get overlooked in the world today with a fresh perspective.

Tommy Sissons is a spoken word poet based between London and Brighton. He is the 2014 Slambassadors national slam champion, a finalist in the 2014 Roundhouse Poetry Slam, a Words First poet and a two-time regional Hammer and Tongue slam champion, coming 5th in the National Finals of 2013 and 2014.

British poet Mona Arshi won first prize in the inaugural Magma poetry competition for her poem ‘Hummingbird’. She then went on to become prize winner in the Troubadour International Competition in 2013 for her poem ‘Bad Day in the Office’. In 2015 she published her first collection of poems, ‘Small Hands.’

London-based singer-songwriter De’Borah performs from her latest EP, Chambers On A Sleeve. Brought up on a nourishing diet of gospel music and Stevie Wonder classics, the soulful edge to her music is what sets De’Borah apart from her contemporaries.

Alya Al-Sultani is a vocalist and composer based in London. Her first musical experiences were Iraqi folk songs sung by her great grandmother and radio broadcasts of Um Kolthum, Abdel-Halim and Fairouz. After leaving Iraq during the Iran-Iraq war, her family settled in Tottenham where she began to discover the incredible new sounds of the 80s and music from the Caribbean.

Age restrictions: We advise that this show is not suitable for children but they may attend, if accompanied, at the adult’s discretion.