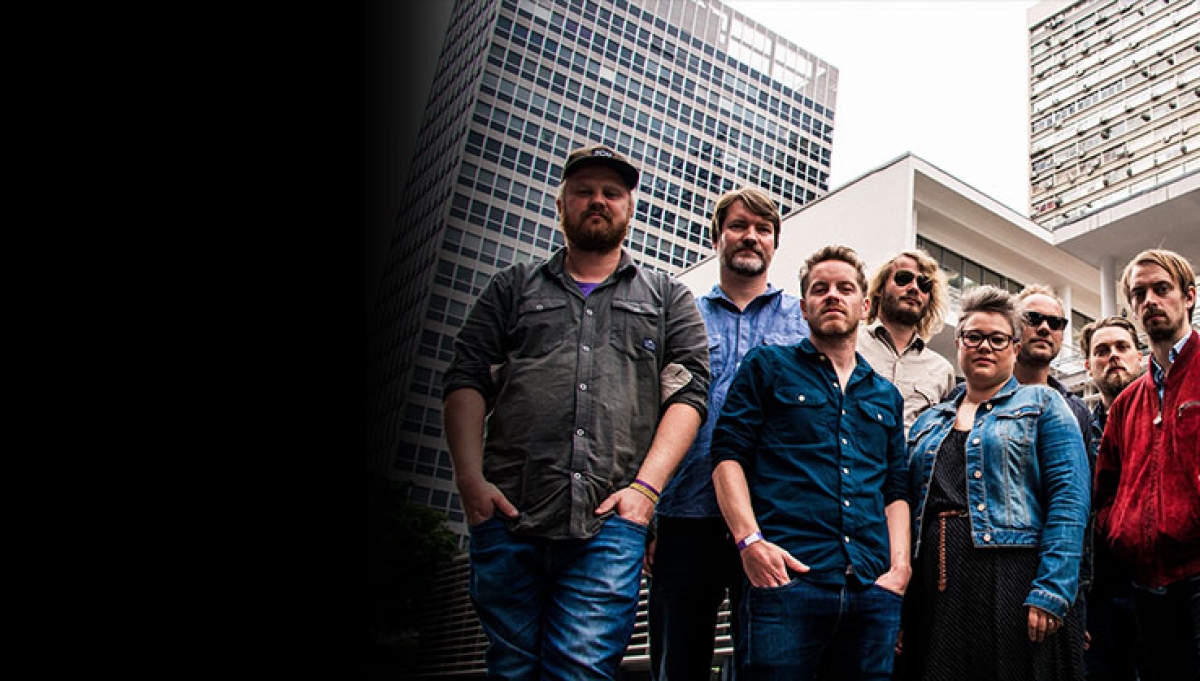 Jaga Jazzist are one of the most celebrated and influential of the Norwegian post-jazz bands. Part jazz ensemble, part post-rock outfit and part electronica pioneers, they have always been an absurdly difficult band to pigeonhole.

Their constant re-invention and restless energy has marked them out as standard-bearers for a new musical sound and one whose music has been a profound influence on both the contemporary jazz and electronica scenes, as well as helping to define a new musical space between the genres.

Influenced by artists from Gil Evans to Radiohead, My Bloody Valentine to Tortoise, Oslo 13 to Motorpsycho and Fela Kuti to Steve Reich, Jaga Jazzist have created a sound unlike anyone else.

Their live shows, driven by an arsenal of multi-instrumentalists – all leaders and producers in their own right – are marked by a hypnotic intensity that brings their already thrilling music to powerful life.

For this very special performance and Roundhouse debut, expect to hear music from their recent electronica-heavy, Ninja Tune Records release, Starfire, alongside hits from their illustrious back catalogue.

With support from the Roundhouse Audio Collective, a talented group of 16-25 year-olds interested in music as art, modular synthesis, sound manipulation, advanced music technology and building their own instruments.