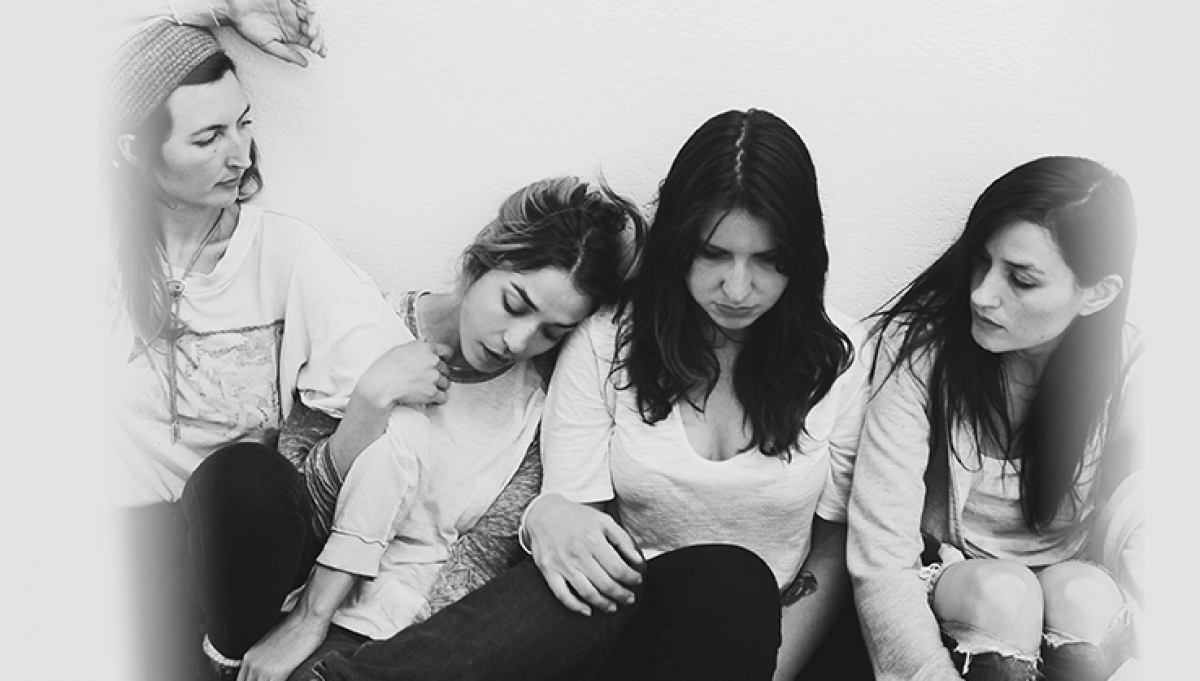 They have just announced their third studio album ‘Heads Up’, which was recorded after the band spent 2015 apart working on solo projects.

Reuniting in January this year, the band started to work with producer Jacob Bercovici, whom they had worked on their debut EP ‘Exquisite Corpse’.

The album was recorded in House on The Hill studio in downtown LA, their home studios and Papap’s Palace and for the first time ever, recorded in pairs and alone rather than as a full band.

With support from Shock Machine.

When the four women gather round the drum riser, each reacting to what the other is doing, and improvising towards a thrilling racket, its hard to think of a better live band