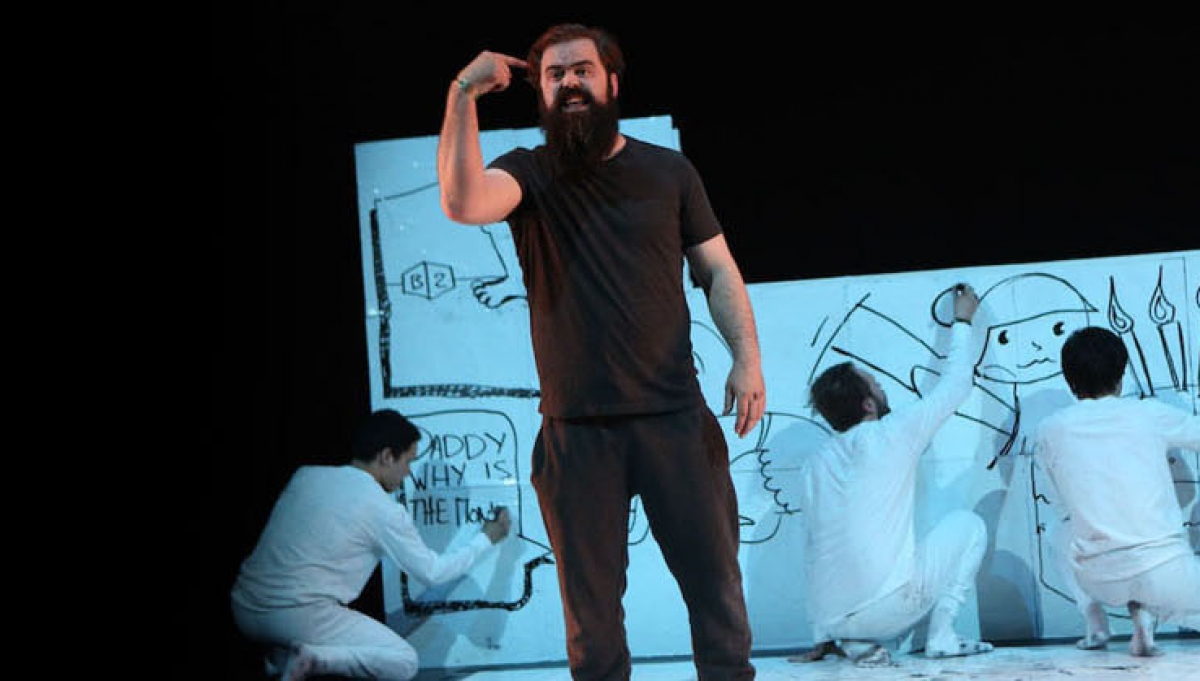 I’ve never been as certain as when I was wrong.

Following on from the critically acclaimed Shame, Berkavitch and company return to The Last Word festival with a brand new work of spoken-word-dance theatre.

Written and performed by poet John Berkavitch and combining poetry, dance and live illustration Wrong is a story of fatherhood.

Berkavitch is joined on stage by a group of dancers and illustrators, who physically manipulate, interrogate, annotate and enable him to tell a story about having, becoming and being a dad.

“A charming, original and inventive response to impending parenthood”

Having been a former UK Slam Poetry Champion, Berkavitch is one of the most respected voices in the…