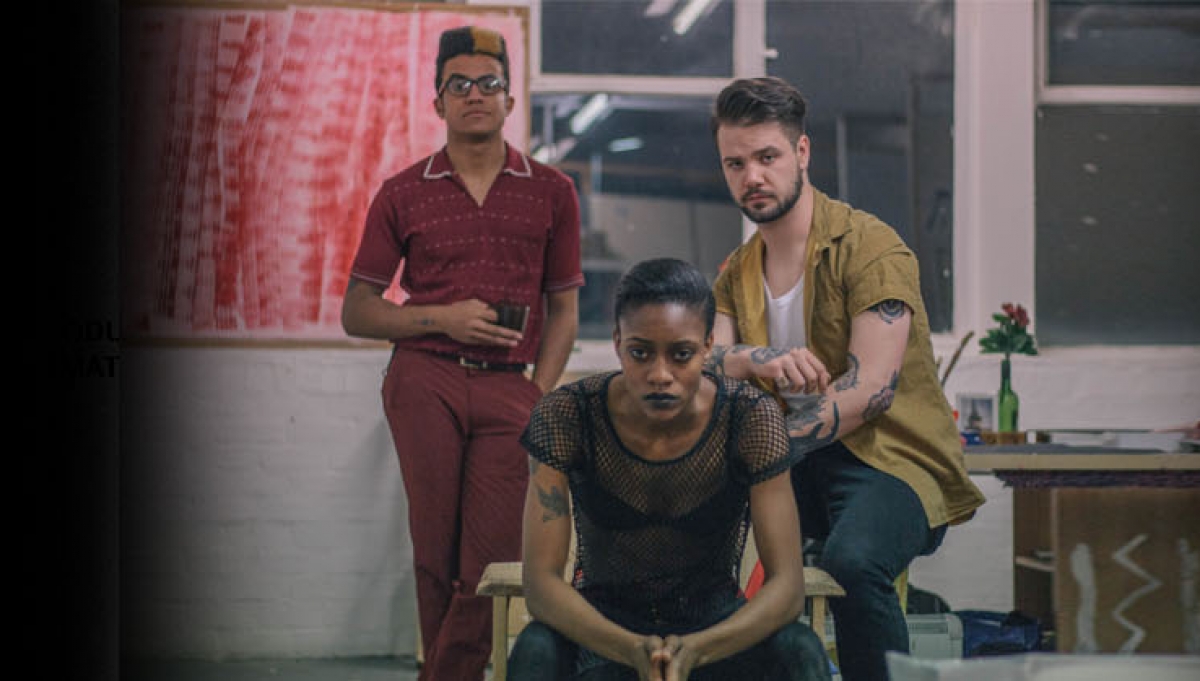 Expect a raucous night of the best emerging punk bands whilst immersing yourself in our punk market.

Fresh off a European tour with letlive, Birmingham noise-punk trio headline the Main Space for a punk showdown with the following emerging bands…

Describing their sound as ‘crack rock punk’, the trio have received acclaim from the likes of Iggy Pop and ex-Ramones manager Danny Fields, who declared them as “the future of rock n’ roll”.

Three piece post-hardcore band Birdsong have been making waves with their hyperactive rage and blasé DIY approach to the music industry and have already supported big names such as Slaves and The Outcast.

Alessia and Katie formed guitar/drums duo Molasses at the tail-end of 2011 and have thus far released three EPs that combine their unbridled passion for noise and offbeat hooks.

This upcoming punk-rock band fuel their sound by the great Garage, Glam, Punk and British R&B Gods, to bring their brand of raw, fuzzed-up, raucous, pub-rock ‘n’ roll to the stage.

The punk rockers start a new chapter as they welcome vocalist Lois McDougall and guitarist Tim Kramer to their line-up.

A ferocious sour-sweat-soaked garage-rock four piece who formed in late 2012 with three self released albums to date and credits on MTV’s Ridiculousness and Netflix Show Orphan Black.

A hard band to miss and even harder to categorise, three-piece punkabilly upstarts Mystified have burst on to the scene over the last year.

Melodic four piece Screech Bats are a fast, fun and proudly DIY punk band who formed in the Summer of 2015 and released their self-titled EP earlier this year.

The Antiseptics vent their frustrations on modern-day poverty, racism and homophobia through passionate and political punk, using inspiration from all forms of the genre.

Aka Barry ‘Scratchy’ Myers is on the decks. A former resident Roundhouse DJ, he played alongside the Ramones and later became tour DJ to The Clash and The Pogues.

Tuck into our BBQ out on the terrace or book a table at our Bar & Kitchen.

Happy hour 5pm-7pm*
2 for 1 on draft beer, cider and soft drinks
*Selected beers and ciders only. Consumers must be aged 18+. Under 25? Please be prepared to show proof of age when buying alcohol. Please drink responsibly. www.drinkaware.co.uk

Describing their sound as ‘crack rock punk’, the trio have received acclaim from the likes of I…

Alessia and Katie, a pair of old friends, found one another again during converging studies in Lond…

Melodic four piece Screech Bats are a fast, fun and proudly DIY punk band who formed in the Summer …

The Antiseptics vent their frustrations on modern-day poverty, racism and homophobia through passio…

Age restrictions: Strictly over 14s, 15-16s to be accompanied by an adult. Please be aware that content may be of an adult nature.