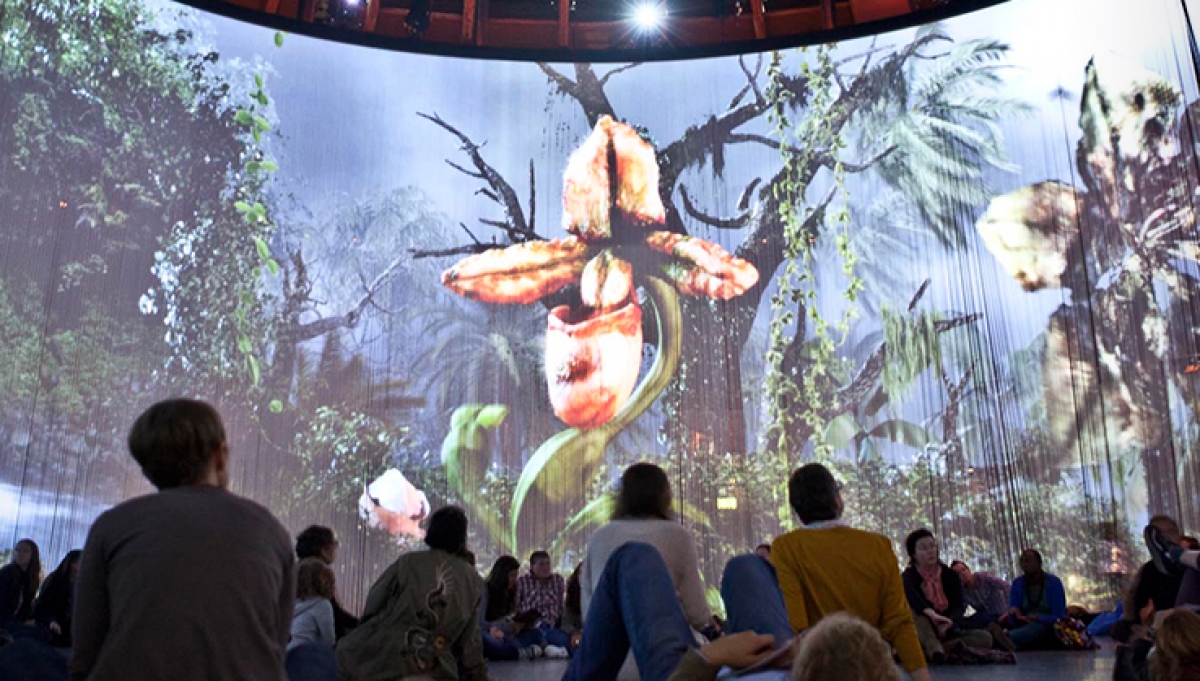 Internationally renowned artist, architect and designer, Ron Arad, will bring his critically acclaimed immersive 360˚ installation Curtain Call back to the Roundhouse as part of our 50th anniversary celebrations.

Curtain Call is brought to you by Bloomberg Summer at the Roundhouse, an annual season dedicated to introducing new audiences to innovative culture, returning for its fifth consecutive year.

The epic floor-to-ceiling artwork made of 5,600 silicon rods suspended from an 18 metre diameter ring, will once again fill the Roundhouse’s main space and provide a canvas for films, live performance and audience interaction.

Striking in its scale and tactility

Walk in, penetrate, cross the moving images to get inside the cylinder. You’ll be engulfed by images –a captive, but also a creator. It’s amazing what exciting things happen on both sides of the curtain.

Alongside the installation explore the series of Curtain Call Live performances – immersive live music gigs in an around the installation. On 14 August, there will also be a special interactive event KIMA.

Tickets can be purchased in advance until the day before or purchased on the door.

Please be aware that the installation on closed on Wednesdays and Thursdays and on Saturday 20 August for live music performances.

Tickets
Pre-book until the day before or buy on the door.
Standard (pre 6pm) £5
Standard (after 6pm and weekends) £7
Ages 5-12 half price
Under 5s go free

Approx. 5 mins of one of the artworks contains nudity.

Roundhouse Tours are available to Curtain Call visitors on 16, 22, and 26 August at various times. Tickets cost only £2 in advance and tours last around 45 minutes. Book your tickets to the installation to access these special events.

Already a member? Log in first then hit the book tickets button, then ‘best available seats’ to see if any GET IN tickets are left.