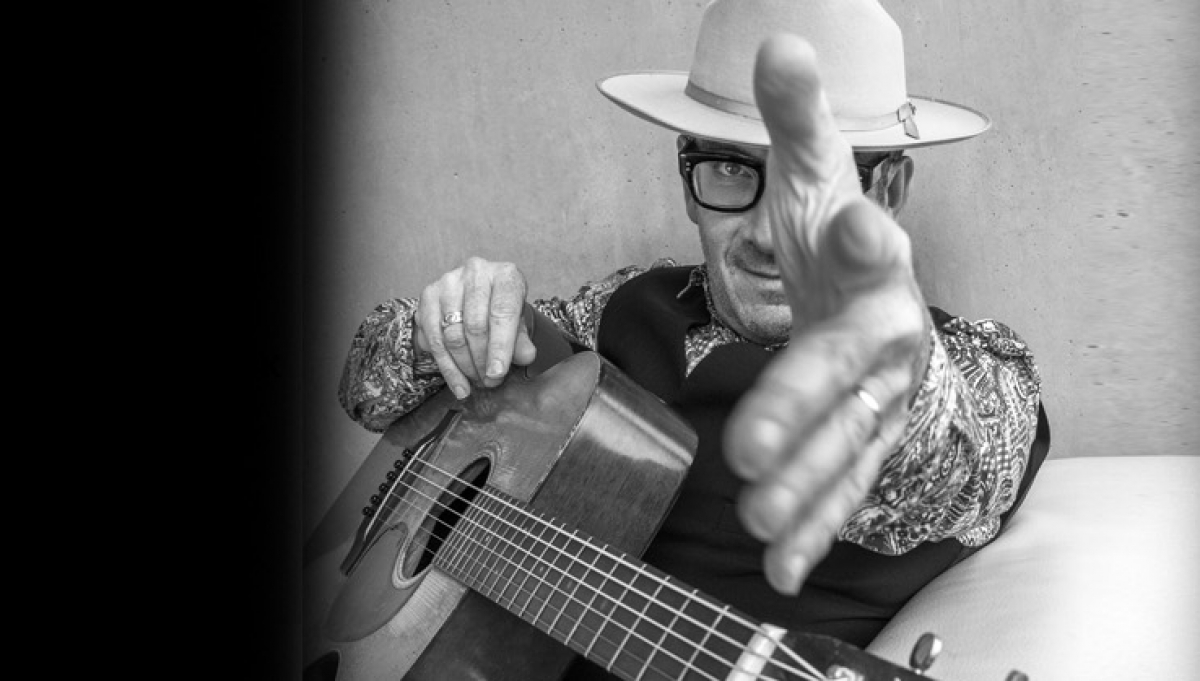 Elvis Costello and The Imposters will join us with a date in the Main Space this July.

Following his 1977 debut album, My Aim Is True, Elvis Costello and the Attractions enjoyed an unbroken run of U.K. chart success for years, placing “Red Shoes”, “Watching The Detectives, “(I Don’t Want To Go To) Chelsea”, “Pump It Up”, “Radio Radio”, “Oliver’s Army” and “Accidents Will Happen”, in the popular imagination.

Working purely as a lyricist, Costello most famously wrote the words for Clive Langer’s enduring ballad, “Shipbuilding”. He has also written a lyric for Billy Strayhorn’s “Blood Count”, entitled, “My Flame Burns Blue” and words for the music of Diana Krall, Steve Nieve, Bill Frisell, The Jazz Passengers and along with eight Charles Mingus compositions.

Since 2002, Costello has toured extensively with The Imposters; featuring bassist and vocalist, Davey Faragher together with original Attractions cohorts, Pete Thomas and Steve Nieve , with whom Costello has also toured in several two-man concert adventures.

The highlights of The Imposters career have included the recording of “The Delivery Man” in Oxford, Mississippi and “Momofuku” at Sound City Studios in Van Nuys as well as extensive touring with Allen Toussaint and the Crescent City Horns following the recording of “The River In Reverse”, the first major recording project to visit New Orleans after the disasters and destructions that followed Hurricane Katrina.

The worldwide success of The Spectacular Spinning Songbook saw the show visit a dozen countries and included a total of five performances at the Royal Albert Hall over 2012 and 2013.