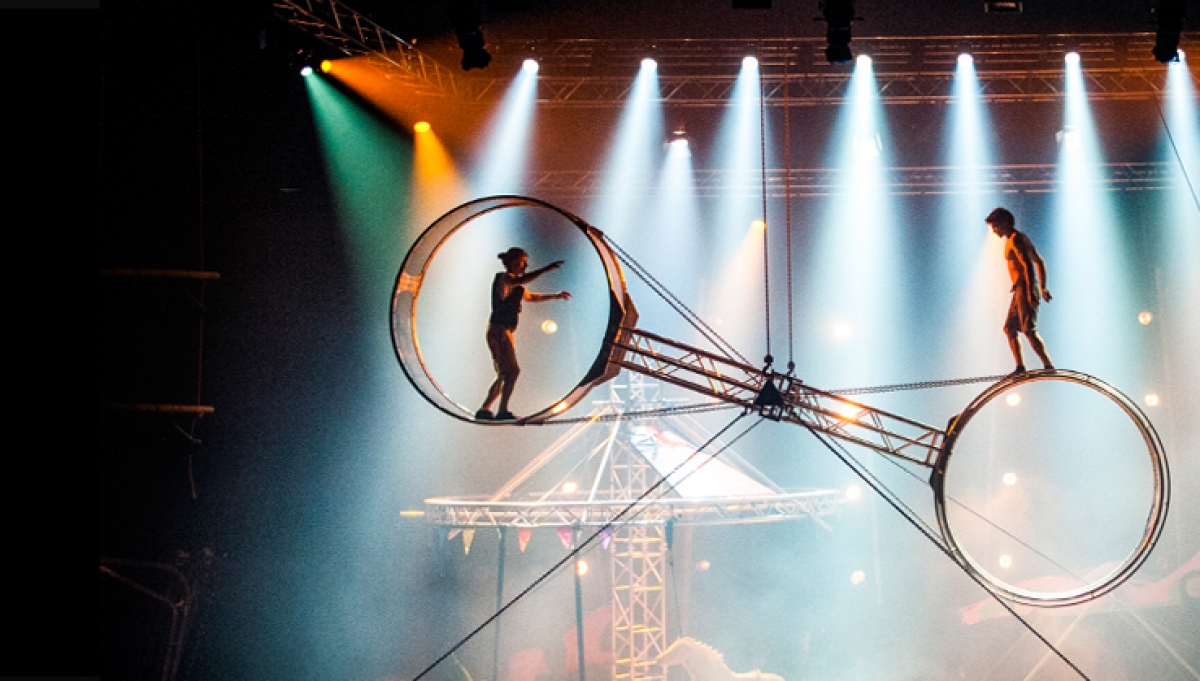 ‘This is circus with real bounce.’
‘Big on thrills.’
‘So exciting you cannot look away for a second.’

Chaos, comedy and phenomenal stunts collide in the latest offering from the award-winning Finnish ensemble.

Race Horse Company will get your pulse racing and have you gasping for breath in this new production packed with acrobatic skill and their trademark black humour. Super Sunday features the wheel of death, a human catapult, trampolining and the teeterboard – it’s a thrilling roller coaster ride you won’t want to end.

Following the storming success of Petit Mal that thrilled audiences all over the world and was met with critical acclaim. The company now make a triumphant return to the UK to delight London audiences again. Prepare yourself for a sea of colour and a night of non-stop, high energy circus fun.

The award-winning Race Horse Company was formed in 2008 out of a desire to create a completely new kind of contemporary circus – chaotic, humorous and uncompromising. Seven years later they remain focused on inspiring a love of circus in audiences everywhere.

This is circus completely outside the box

Photography is not permitted.