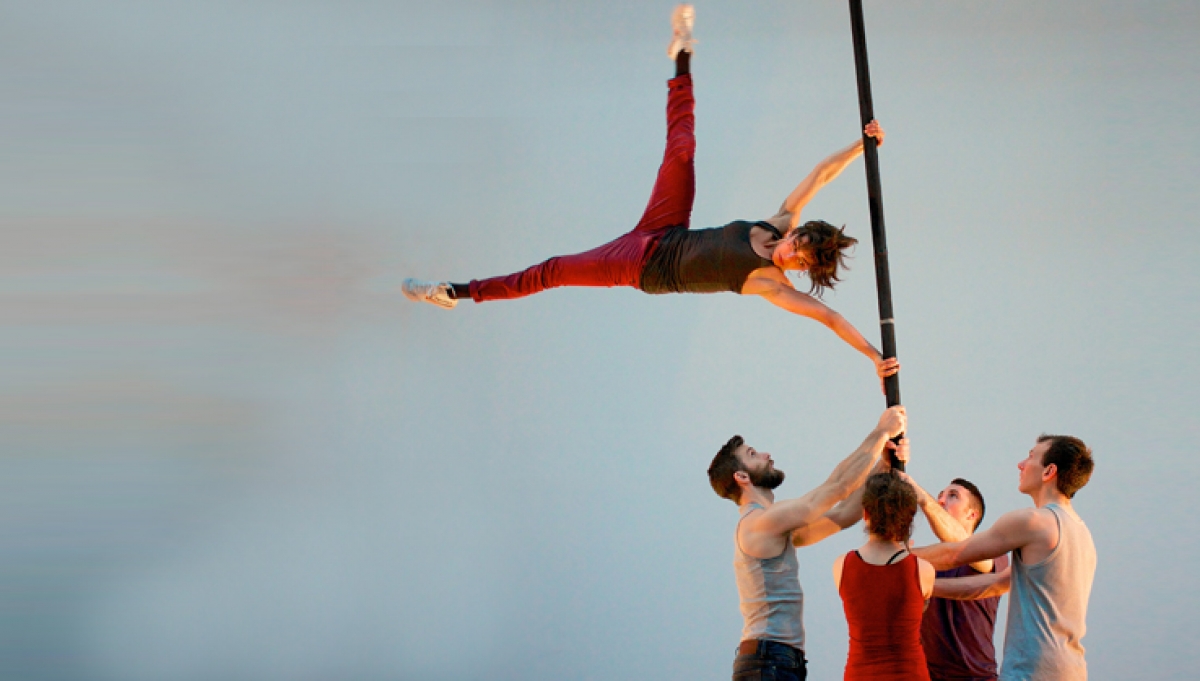 Set in the round, the audience drawn in close, as five performers transform simple metal poles into a rich landscape of images. Poles are balanced on fingertips, hung from the roof, lashed, climbed, swung from and walked along, they become forests, cross roads and pendulums. The performers balance, climb and cling, supporting each other as they wrestle with the moment when things begin to shift. They must decide whether to rail against the chaos, struggling to exert order on a disordered world or ride it out; allowing life to tilt towards the tipping point.