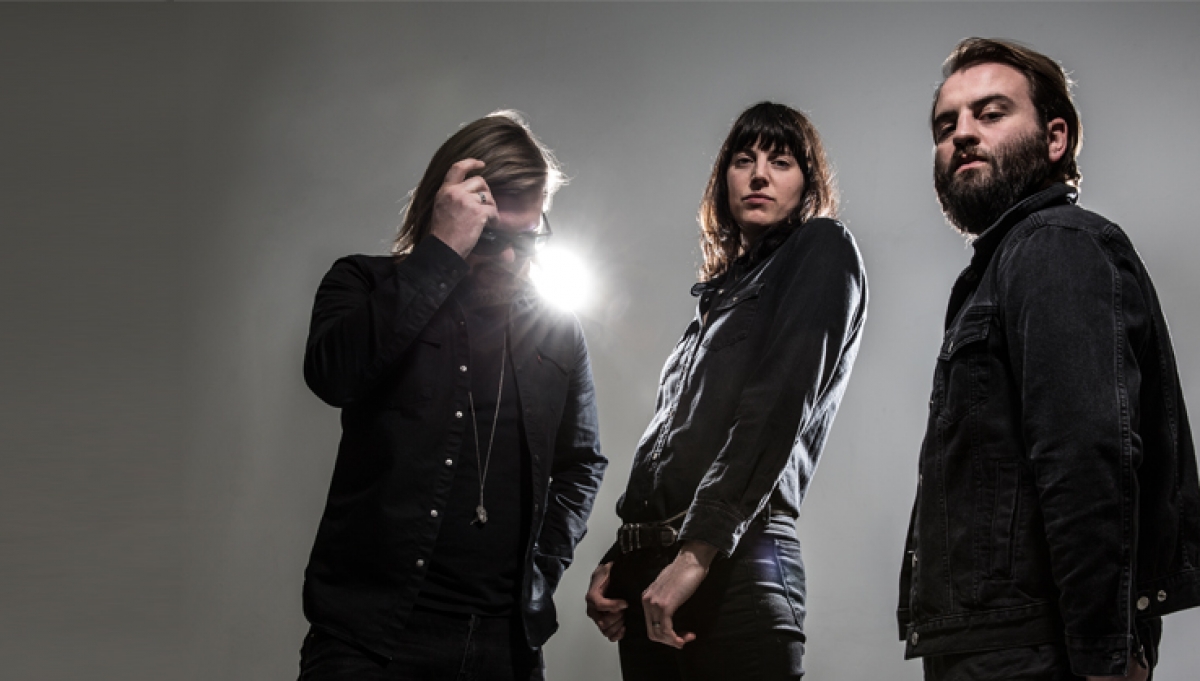 Band Of Skulls has announced a string of new UK headline dates, culminating with a night in our iconic Main Space. The new dates are in support of forthcoming album By Default.

Produced by Gil Norton (Pixies, Foo Fighters, Patti Smith) and recorded in Rockfield Studios, By Default is the sound of a group on the sharpest form of their career, more engaged and focused than they’ve ever been. The follow up to 2014’s Himalayan, from the English trio – made up of Russell Marsden (guitar, vocals), Emma Richardson (bass, vocals) and Matt Hayward (drums) – the new record came about via a conscious decision from the band to take a step back from their relentless world-wide touring schedule, having never spent more than a month off the road in the last 2 years.

The upcoming live shows – for which the band will be joined by touring member, Portico Quartet’s Milo Fitzpatrick – will be the first airing of new material from By Default.

“It’s definitely a new era,” says Russell Marsden. “The first three records were like a trilogy, a piece of work in of themselves. We wanted to do those things, and we did them all. We took a breath, took a look at what we’d done, and started from scratch again.”