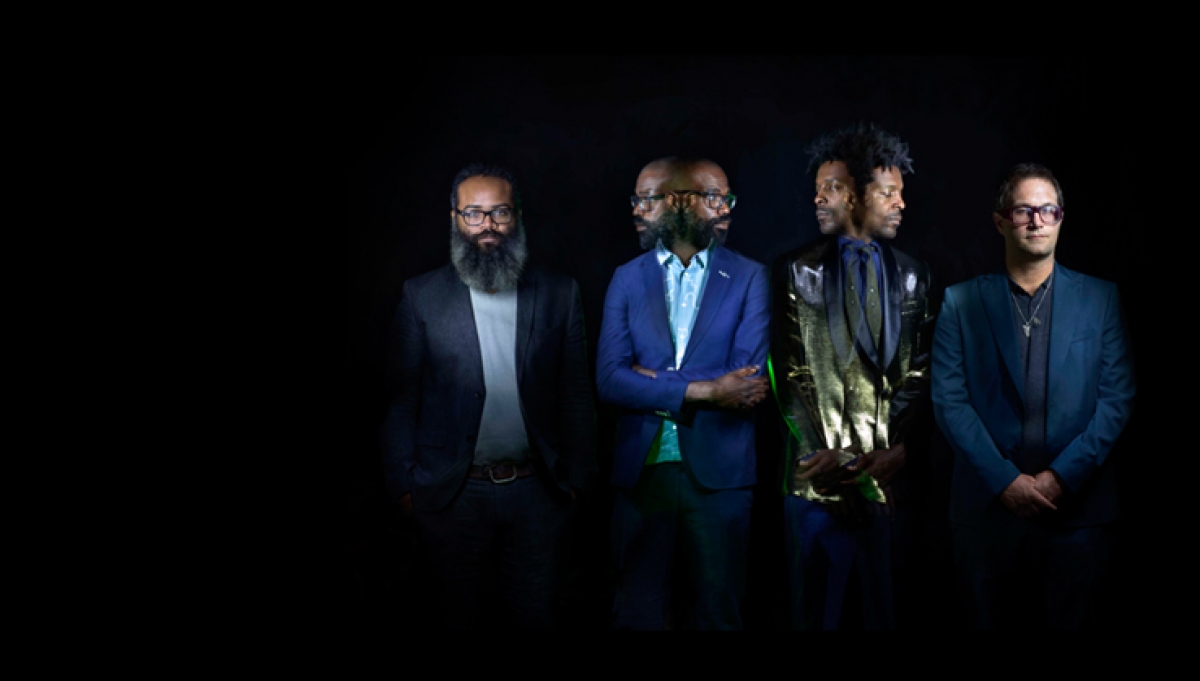 TV on the Radio will headline the Roundhouse this August, bringing 2014’s acclaimed album, Seeds.

TV on the Radio has been called “one of the most compelling American rock and roll stories of the modern age” (BBC), “the most innovative band on the planet” (AV Club) and simply “superb” (Rolling Stone), proving themselves to be one of the most influential bands of the decade. Their albums grace national ‘best of’ and ‘year-end’ lists, including their latest record Seeds (Harvest), topping New York Time’s Jon Pareles’ Best Albums of 2014 list. Their live show has been dubbed, “sexy nerdiness letting go in a controlled blast of unleashed energy” (The Boston Globe).

They’re influential, in their prime, they’re TV on the Radio, and they’ve established themselves as defining musicians of this generation. Seeds serves as another step in continuing to heed their reputation as “the most vital, current band in America” (Associated Press).

Prior to Seeds, TV On The Radio’s 2011 Nine Types of Light, was deemed “pure heaven” by Rolling Stone, earning the band a Grammy® nomination. Dear Science was voted #1 by fans in Pitchfork’s Reader’s Poll and the #1 album in the Village Voice’s Pazz and Jop poll, composed of reviews by more than 800 critics. Following the love the records received, the band went on to grace the stages of Saturday Night Live and The Colbert Report. Earlier records, Desperate Youth, Blood Thirsty Babes and Return To Cookie Mountain stole the hearts of fans and critics alike, winning the Shortlist Music Prize and Spin’s Album of the Year respectively.