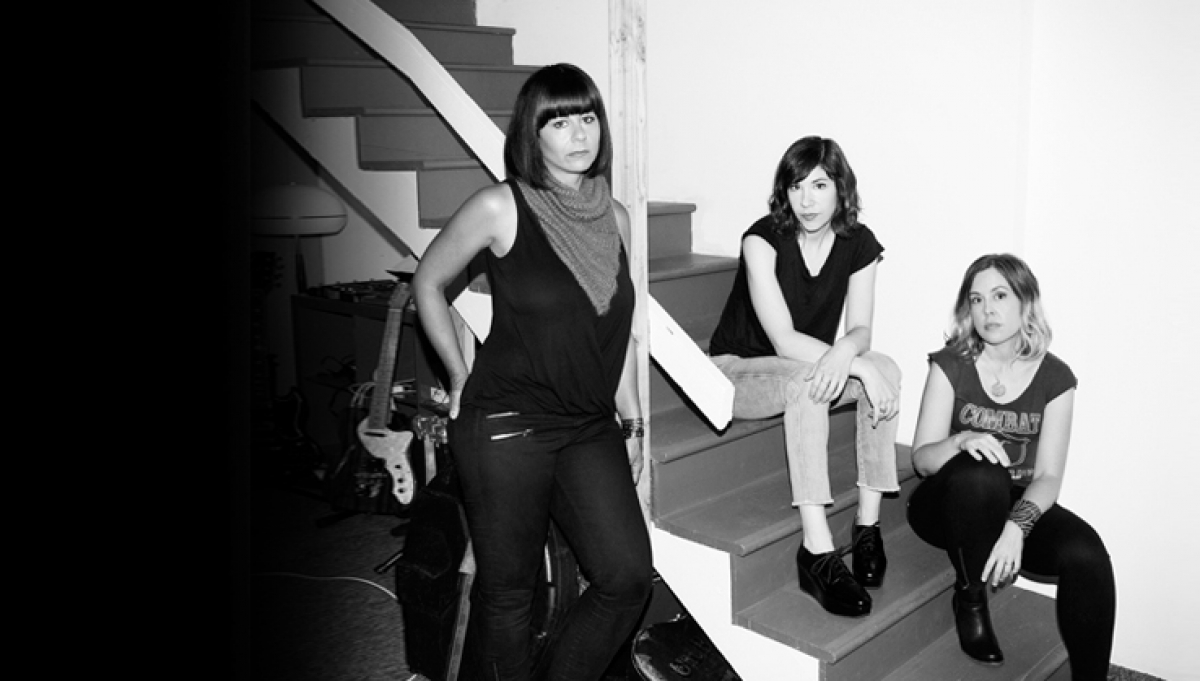 Returning with their first album in 10 years – Sleater-Kinney came crashing out of the ’90s Pacific Northwest riot grrrl scene, setting a new bar for punk’s political insight and emotional impact.

Formed in Olympia, WA in 1994, Sleater-Kinney were hailed as “America’s best rock band” by Greil Marcus in Time Magazine, and released seven searing albums in 10 years before going on indefinite hiatus in 2006.

But the new album No Cities To Love (released Jan 20 on Sub Pop) isn’t about reminiscing, it’s about reinvention – the ignition of an unparalleled chemistry to create new sounds and tell new stories. “I always considered Corin and Carrie to be musical soulmates in the tradition of the greats,” says Weiss, whose drums fuel the fire of Tucker and Brownstein’s vocal and guitar interplay. “Something about taking a break brought them closer, desperate to reach together again for their true expression.”

The result is a record that grapples with love, power and redemption without restraint. “The three of us want the same thing,” says Weiss, “We want the songs to be daunting.”

Adds Tucker, “the core of this record is our relationship to each other, to the music, and how all of us still felt strongly enough to want to sweat it out in the basement and try and reinvent our band. We went for the jugular.”