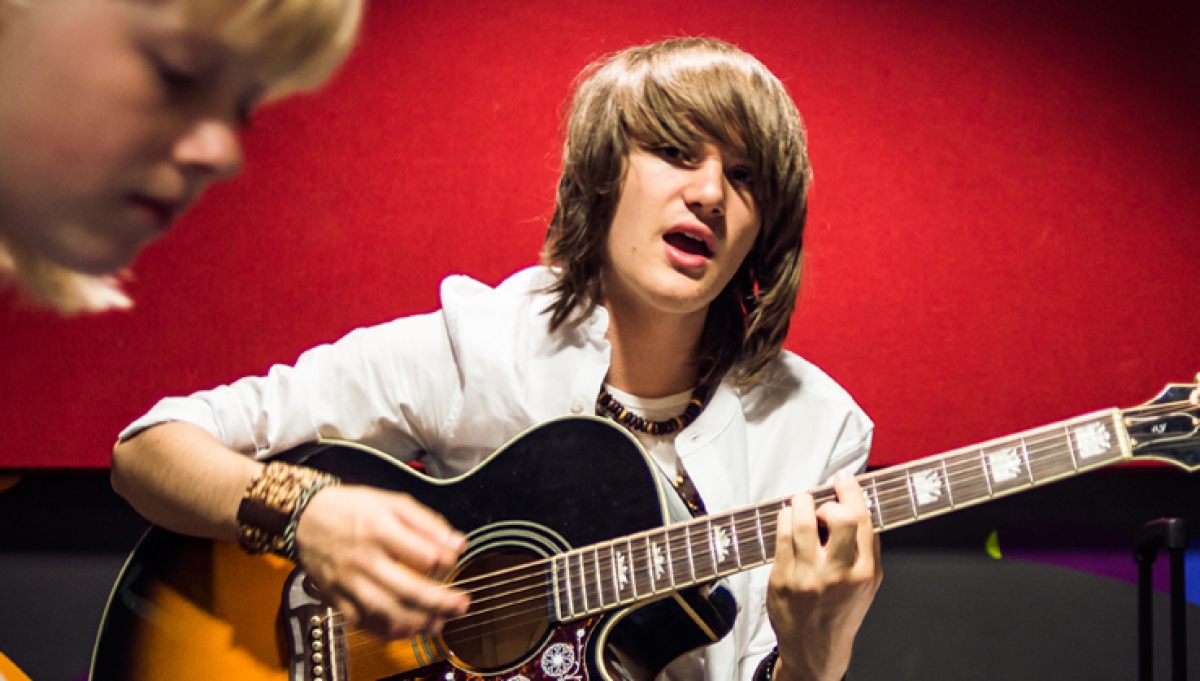 The Wellcome Trust and Roundhouse Rising present the live broadcast of Sounds of Sexology, the final showcase of a nationwide Sexology Songwriting project.

This one-of-a-kind event will bring together a series of partnerships between young people aged 16+, sexologists and songwriters from across the UK, to share their music in a live performance at the Roundhouse’s festival of new music, hosted by TV and YouTube science presenter Greg Foot.

Special guest Dan Gillespie Sells, songwriter and frontman of UK band The Feeling, will give a performance of his own on the night.

I was delighted to visit the writing workshops recently. I was so impressed by what I heard and found the whole project so inspiring. I can’t wait to hear some of the finished work and I’m excited about being involved with something so innovative.

The five groups of performers, from Manchester, Brighton, Havant, Glasgow and London, have been looking at how sex and sexuality is represented in music and lyrics, and undertaking their own research, some of which, was inspired by the third National Survey of Sexual Attitudes and Lifestyles (Natsal-3).

The project has seen the groups work with researchers and songwriters to craft creative responses to topics including: sexual health, body image, stereotypes, sex and everyday life, sex and relationships education, LGBTQ youth, mental health, love and lust, and consent.

Join the groups live alongside Dan Gillespie Sells from 7pm on Tuesday 17 February.