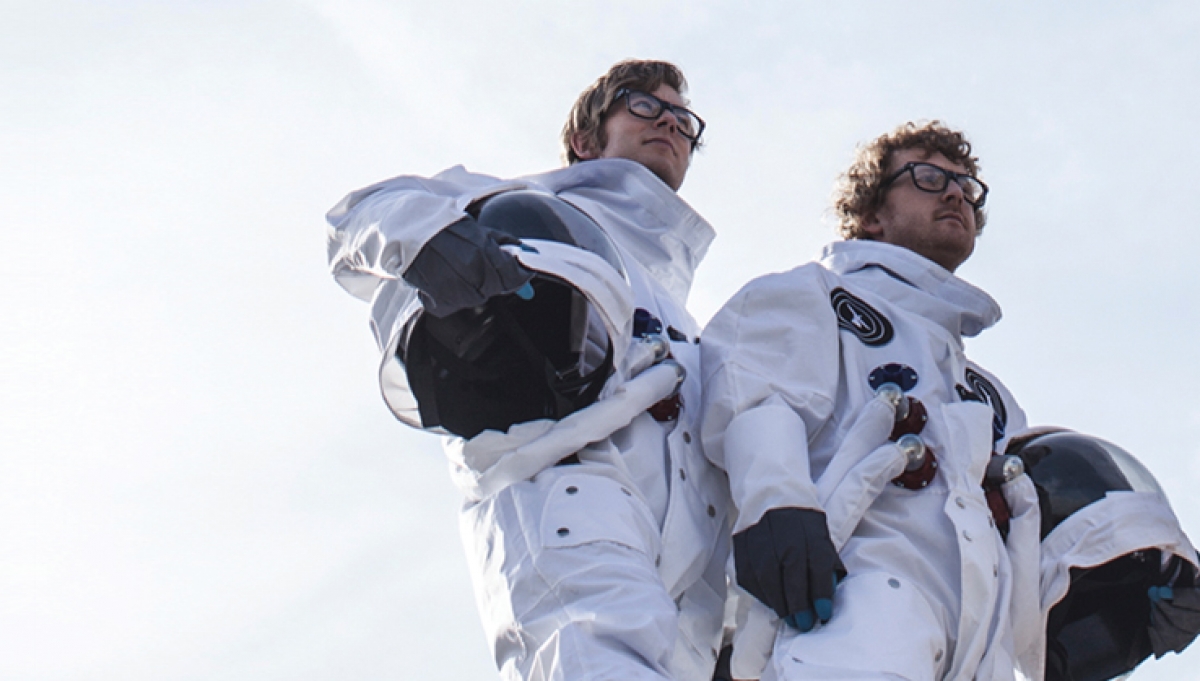 Following the release of a tantalising and atmospheric trailer earlier this month, which quoted John F Kennedy’s famous Rice Stadium address of 1962, Public Service Broadcasting have revealed details of The Race for Space LP as well as their biggest UK tour to date.

At Public Service Broadcasting’s uniquely spellbinding live AV Transmissions the audience will witness the band weave samples from archive footage around live drums, guitar, banjo and electronics as they teach the lessons of the past through the music of the future – beaming our past back at us through vintage TV sets and state-of-the-art modern video projection devices. Granted unique access to historically important films from the BFI, PSB will go back in time and explore the period when the USA and the USSR fought to gain the upper hand in a new frontier – space.

The Race for Space follows Inform – Educate – Entertain, PSB’s debut album which reached #21 in the UK album charts and was nominated for ‘Best Independent Album’ at the AIM Awards 2013, as well as being The Guardian’s ‘Album of the Week’ and one of BBC 6Music’s Top 10 albums of 2013.