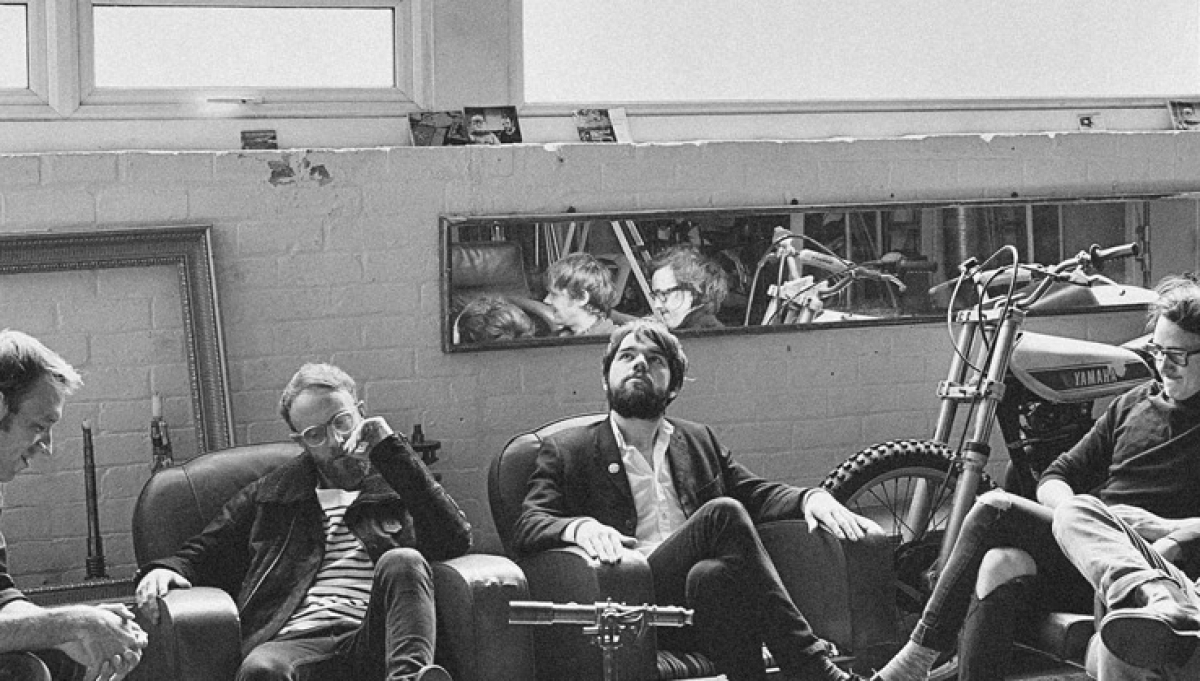 After five years away, Scottish alternative rock band Idlewild return with new album Everything Ever Written, set for release on 9th February 2015.

The band’s eighth studio recording represents a new chapter, both personally and creatively. Produced by the band’s guitarist Rod Jones and mixed by John Agnello (Kurt Vile, Sonic Youth, Dinosaur Jr.) whom they collaborated with on their 2002 release The Remote Part and augmented by new members Luciano Rossi (piano, organ & vocals) and Andrew Mitchell (bass, guitar & vocals), Everything Ever Written is Idlewild’s most eclectic output to date. The album features twelve tracks of alternative rock woven together from strands of Scottish folk, Americana & Hebridean psychedelia.

“The album was predominantly written on the Isle of Mull”, vocalist Roddy Woomble explains. “The record soundtracks a period of transition. Working without time constraints gave the whole thing a creative freedom. Idlewild is a new band to me now; I’m excited for the future.”

Lead track Collect Yourself, premiered on Steve Lamacq’s BBC 6 Music show on November 3rd 2014 and is available as an immediate download exclusively with album pre-orders. Exclusive pre-sale tickets (for the UK dates only) will be available to fans who pre-order Everything Ever Written before 7th November 2014.

In October 2014 the group completed a sold out acoustic tour of unique, intimate venues throughout the Highlands & Islands of Scotland, re-introducing themselves to live audiences after a half-decade break, performing re-worked versions of old songs as well as songs from the new album. The still, idyllic settings chosen for the performances hint towards the sense of space afforded in writing and recording the new album, which will be supported by a run of full live shows in spring 2015.

Everything Ever Written will be released on 9th February 2015 in the UK on digital, CD and vinyl. These and a limited, deluxe edition with exclusive live acoustic tracks recorded during the band’s recent Highlands & Islands tour will be available for Pre-order from 3rd November 2014.

Over 14s only, under 16s to be accompanied by an adult