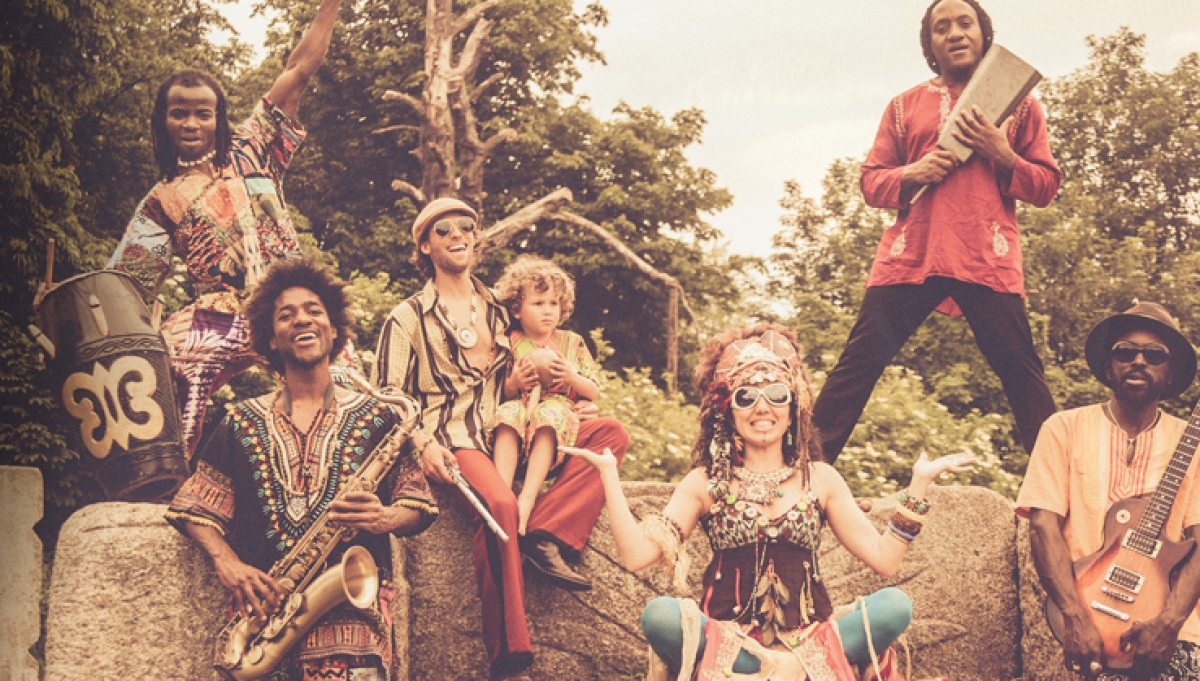 The Ceilidh Liberation Front host the biggest folk dance there ever was at the ultimate venue. Joining the Party after a warm up of ‘come all ye’ sets and reels we’ve a post frolic work out with two of London’s finest dance bands Family Atlantica and The Gentle Mystics* who take control for a night of fast, long and hard dancing all in the Iconic Roundhouse; 8pm till 2am

Gentle Mystics is the coming together of 9 enormously talented individual artists, collaborating for the past seven years to create musical wonders. The fusion of these creatures results in explosions of calculated chaos, performed in a style that has best been described as “bass-fuelled psychedelic folk”, with electronic and traditional influences from all over the world. From Glastonbury to Reunion Island, Gentle Mystics’ shows are of otherworldly power; trance-inducing, euphoric and full of surprises. Their self-titled debut album has sold thousands worldwide and drawn a beautifully diverse group of fans as it spreads organically.

Family Atlantica are a full power high energy 7 piece All-Star ensemble, drawing together a kaleidoscope of vintage Afro-Atlantic styles into their own unique sound. The magical voice of Venezuelan diva Luzmira Zerpa directs an explosive ritual energy of call and response, singing and dancing.

At the heart of Family Atlantica are three people from three different continents: London born Jack Yglesias, band leader, producer, arranger, multi-instrumentalist and instrument builder. A veteran of The Heliocentrics and live Quantic bands. His wife Luzmira Zerpa, traditional Venezuelan musician, poet and singer with a magical voice acclaimed by Manu Chao, and half Nigerian-half Ghanaian Kwame ‘Natural Power’ Crentsil, percussionist, backing vocal, arranger. Kwame was one of Fela musical cast at london’s National Theatre and has played Edinburgh Fringe musical with Paco Pena. His father was one of the first Ghanaian’s to play with Fela Anikulapo-kuti, Sonny Okosun and spent 32 years at the Centre for cultural studies at the University of Lagos, where he retired from as Senior Cultural Director.

Age restrictions: Strictly over 18s only

Already a member? Log in first and hit the button below.