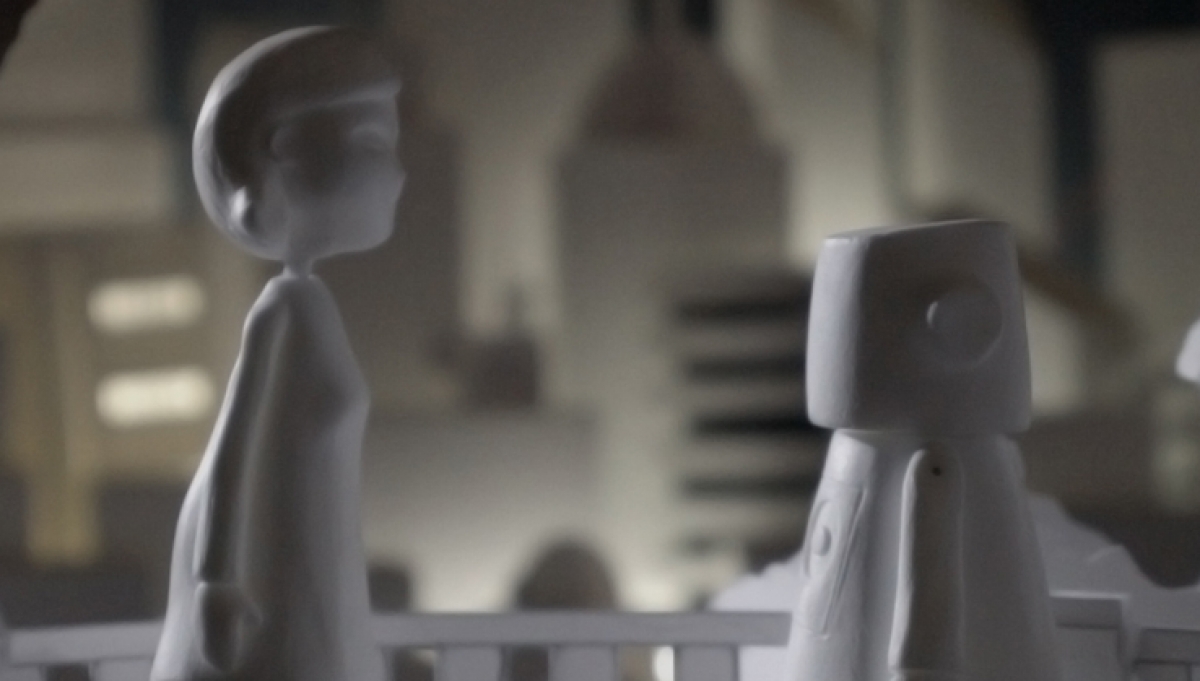 Kid Koala is world-renowned as a virtuoso scratch DJ and music producer. He’s also an award-winning graphic novelist – this unique performance, a blend of cinema, theatre and gig, brings to life his graphic novel Nufonia Must Fall.

Watch an amazing team of puppeteers bring the characters to life in miniature sets built to recreate each scene from the book. Under the direction of acclaimed production designer KK Barrett (Her, Where the Wild Things Are, Adaptation, Being John Malkovich), the performance is cinematically lit, filmed, and projected on a cinema screen. Kid Koala, accompanied by the Afiara String Quartet, performs his original score on piano and turntable. All of the elements come together in real time thanks to a team of twelve incredible performers and technicians.

She’s a lonely office girl. He’s an out-of-work robot struggling to find his voice amidst the noise of the city. Little do they know that destiny has programmed them for the greatest love story of our time…

Please note, Kid Koala will be on stage promptly at 8pm.