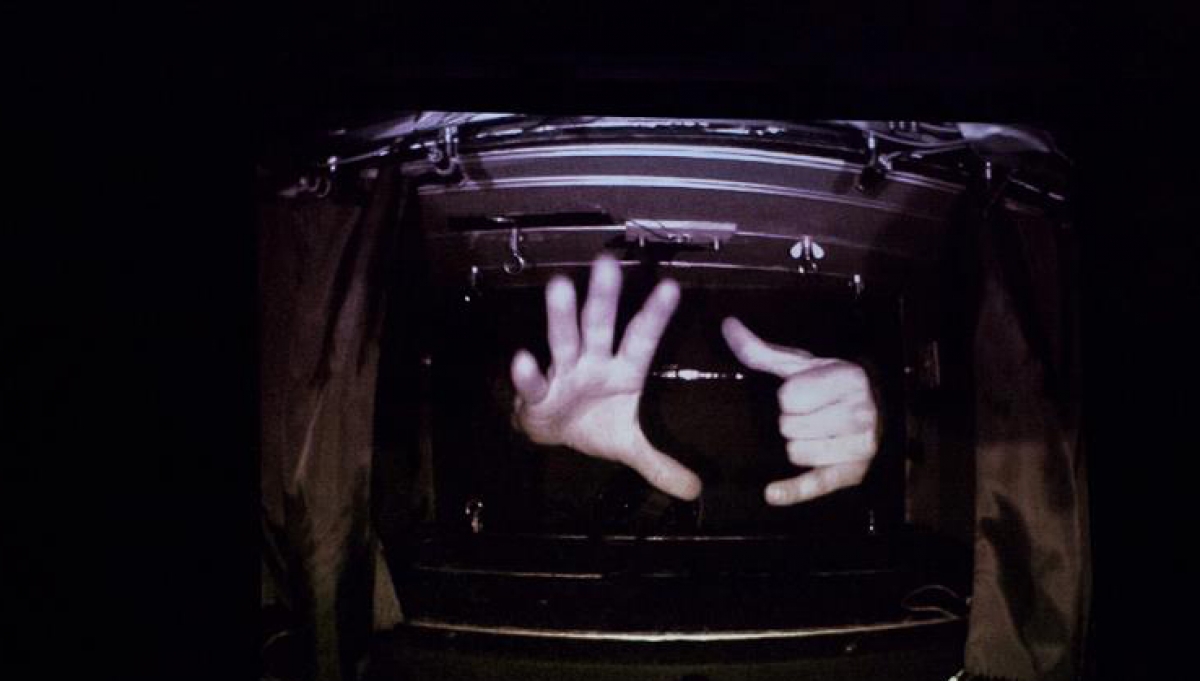 Berlin-based composer, performer and installation artist Simon Steen-Andersen will kick off with the incredible Black Box Music performed by Århus Sinfonietta – for percussion solo, amplified box, 15 players and video. Steen-Andersen’s incredible musical journey is conducted by a pair of giant hands projected above the stage – it can only be experienced live and this is a rare chance to see it performed.

The evening will also feature an exclusive Q&A session with Imogen Heap and a number of the key artists who will feature throughout the Reverb festival. Imogen, Tim Exile, Nick Ryan and Leafcutter John will share the inspiration and passion that leads them to continually push the boundaries of technology and music. This is great opportunity to get inside the minds of some of the most creative and thought-provoking musicians working today.

London duo Plaid team up with Bruno Zamborlin as they perform using his revolutionary new devices Mogees that turn any object into a musical instrument by using only a small device that connects to your smartphone. The collaboration came to be after Plaid took part in Zamborlin’s Kickstarter campaign to launch the amazing project.

To close the evening, there will be a rare performance featuring gestural conducting by The London Soundpainting Orchestra – the first soundpainting act in the UK.

Find out more about the artists in the PROFILES tab

Imogen Heap is a British eclectic, eccentric and innovative recording artist. Her talent spans from …

Århus Sinfonietta is one of the leading contemporary ensembles in Denmark. It was formed in 1990 by…

Simon Steen-Andersen (b.1976) is a Berlin-based composer, performer and installation artist, working…

Nick Ryan is a multi-award-winning composer, sound designer, artist and audio specialist. He is wide…

Leafcutter John is the recording name of John Burton, a UK-based musician and artist. Much of Burton…

Bruno Zamborlin is a technologist, computer music researcher and live performer. After working for…

After 25 years together as Plaid, Andy Turner and Ed Handley are still true innovators within their…

Tickets include entry to all performances